The Enduring Cult of Isis 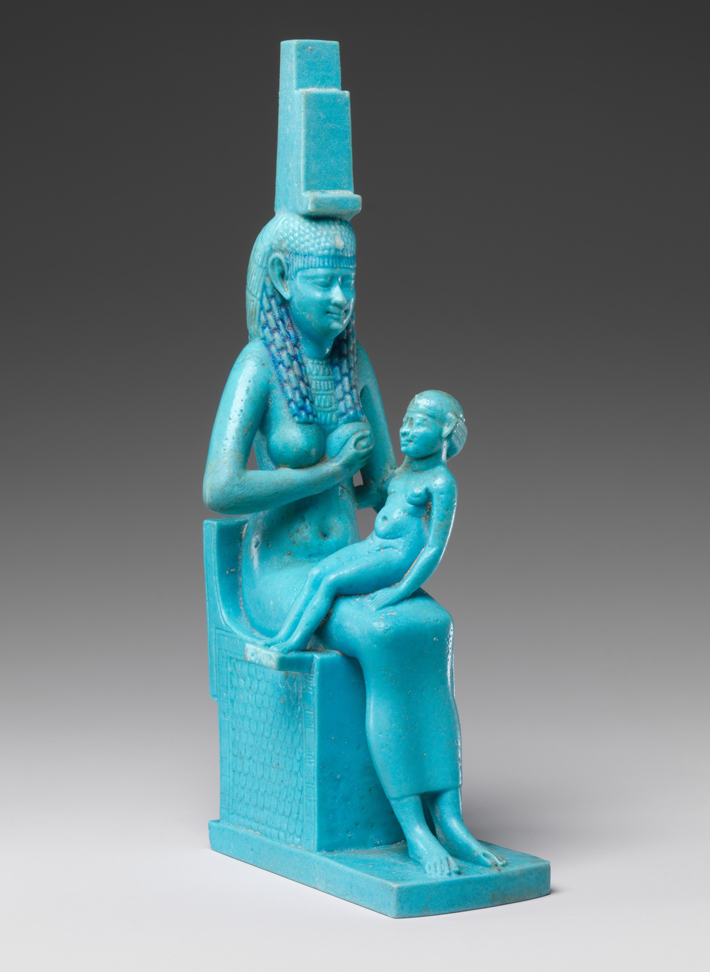 The earliest mention of the Egyptian goddess Isis occurs in the late 5th Dynasty (ca. 2465–2323 B.C.), in the funerary writings known as the Pyramid Texts. As the wife and chief mourner of Osiris, the god of the dead, Isis played a central role in Egyptian, and later Nubian, concepts of royal power and in rites celebrating the dead. As the mother of the god Horus, she was considered the embodiment of perfect motherhood.

Though Isis was the most powerful magician and healer among the gods, she did not have her own dedicated temples until late in ancient Egyptian history. Nectanebo II (r. 360–343 B.C.), the last native Egyptian pharaoh, was the first king to commission a temple dedicated to Isis, choosing to build her sanctuary at the site of Behbeit el-Hagar in the Nile Delta. The Macedonian pharaohs of the Ptolemaic Dynasty (305–30 B.C.) dedicated many more to Isis throughout Egypt, including those on the island of Philae.

The worship of Isis at temples in the seaside Ptolemaic capital of Alexandria drew the attention of seafarers from across the Mediterranean. They adopted her as a patron goddess and spread her cult throughout the Greco-Roman world, where she was assimilated with goddesses of fertility such as Demeter and Venus. Outside of Egypt and Nubia, where she retained her queenly status, she eventually lost her association with royal authority. From Britain to Afghanistan, the cult of Isis may have especially appealed to women and slaves.

Temples to Isis were also built across the classical world. One of the best preserved is the Temple of Isis at Pompeii (see “Digging Deeper into Pompeii’s Past”), whose vivid murals depicting the goddess were widely celebrated when they were first unearthed in the eighteenth century. Some scholars believe the temple so impressed Mozart, who visited in 1769, that it heavily influenced the composition of his most mystical opera, The Magic Flute.

As Christianity began to displace the worship of traditional gods throughout the Roman Empire, the cult of Isis also withered, enduring at Philae thanks to the patronage of Nubian royalty. As late as A.D. 452, the Nubian Blemmye people demanded in a treaty with Rome that they continue to be allowed to worship the goddess at the temples of Philae and retain the right to take a sacred statue of Isis to Nubia once a year.

Traditionally, the death knell of the worship of Isis—and ancient Egyptian religion at large—is dated to A.D. 536, when the Byzantine emperor Justinian I (r. A.D. 527–565) sent a military contingent to Philae to arrest the priests of Isis, stamp out pagan worship, and take the island’s treasures back to Constantinople. But the goddess’ presence endured long after the temples at Philae were closed. Indeed, many scholars believe that early images of the Virgin Mary with the baby Jesus were heavily influenced by depictions of Isis nursing the baby Horus.