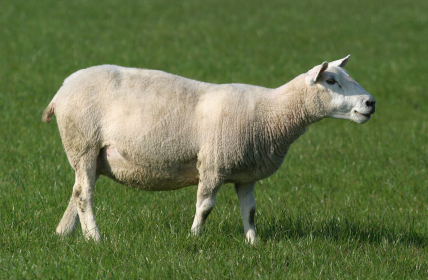 By the 19th century, linguists knew that all modern Indo-European languages descended from a single tongue. Called Proto-Indo-European, or PIE, it was spoken by a people who lived from roughly 4500 to 2500 B.C., and left no written texts. The question became, what did PIE sound like? In 1868, German linguist August Schleicher used reconstructed Proto-Indo-European vocabulary to create a fable in order to hear some approximation of PIE. Called “The Sheep and the Horses,” and also known today as Schleicher’s Fable, the short parable tells the story of a shorn sheep who encounters a group of unpleasant horses. As linguists have continued to discover more about PIE (and archaeologists have learned more about the Bronze Age cultures that would have spoken it), this sonic experiment continues and the fable is periodically updated to reflect the most current understanding of how this extinct language would have sounded when it was spoken some 6,000 years ago. Since there is considerable disagreement among scholars about PIE, no single version can be considered definitive. Here, University of Kentucky linguist Andrew Byrd recites his version of the fable, as well as a second story, called "The King and the God," using pronunciation informed by the latest insights into reconstructed PIE.

Here is the fable in English translation:

The Sheep and the Horses

A sheep that had no wool saw horses, one of them pulling a heavy wagon, one carrying a big load, and one carrying a man quickly. The sheep said to the horses: "My heart pains me, seeing a man driving horses." The horses said: "Listen, sheep, our hearts pain us when we see this: a man, the master, makes the wool of the sheep into a warm garment for himself. And the sheep has no wool." Having heard this, the sheep fled into the plain.

And here is the modern reconstruction recited by Andrew Byrd and rendered here in linguistic notations. It is based on recent work done by linguist H. Craig Melchert, and incorporates a number of sounds unknown at the time Schleicher first created the fable:

In the 1990s, historical linguists created another short parable in reconstructed PIE. It is loosely based on a passage from the Rigveda, an ancient collection of Sanskrit hymns, in which a king beseeches the god Varuna to grant him a son. Here, Andrew Byrd recites his version of the “The King and the God” in PIE, based on the work of linguists Eric Hamp and the late Subhadra Kumar Sen.

Here is an English translation of the story:

The King and the God

Once there was a king. He was childless. The king wanted a son. He asked his priest: "May a son be born to me!" The priest said to the king: "Pray to the god Werunos." The king approached the god Werunos to pray now to the god. "Hear me, father Werunos!" The god Werunos came down from heaven. "What do you want?" "I want a son." "Let this be so," said the bright god Werunos. The king's lady bore a son.

And here is the story rendered in reconstructed Proto-Indo-European: