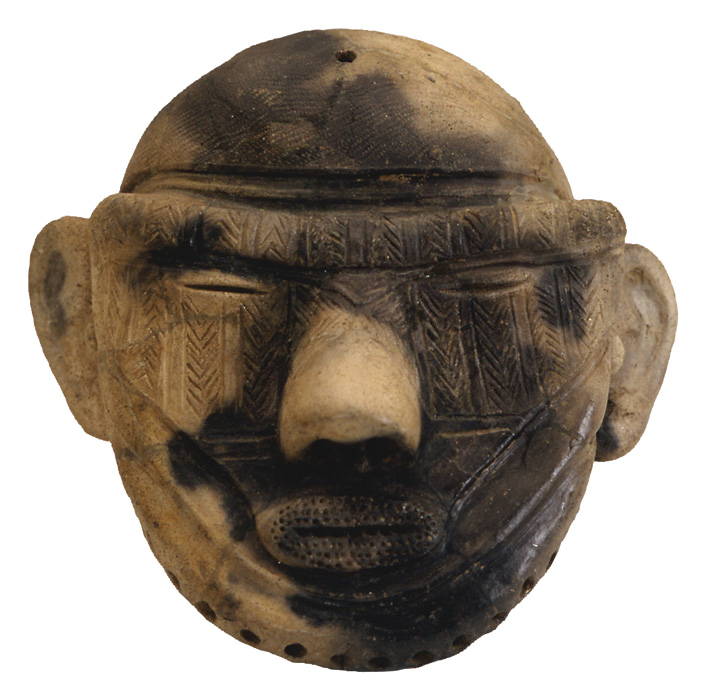 In the 1870s, the Japanese government banned body modification among the Ainu, a small indigenous group who were once renowned for intricate face and arm tattoos. Philippe Dallais of the Museum of Ethnography in Neuchatel, Switzerland, believes they were the last practitioners of a tradition that stretched back thousands of years to the Jōmon people. Hunter-gatherers who eventually became sedentary, the Jōmon developed a complex culture that lasted from 12,000 to 300 B.C. Archaeologists excavating Jōmon houses often unearth humanoid earthenware figurines known as Dogu that sport engravings on their faces and bodies. “I believe these marks in many cases represent tattoos,” says Dallais. “You often find them on arms and around the mouth and eyebrows, just like the tattoos of the Ainu.” No obvious tattooing tools have been found at Jōmon sites, but Dallais says stone tools could have been used to make them. “You have obsidian everywhere in Japan, and it’s possible to take a piece and quickly make small, neat incisions for tattooing.”