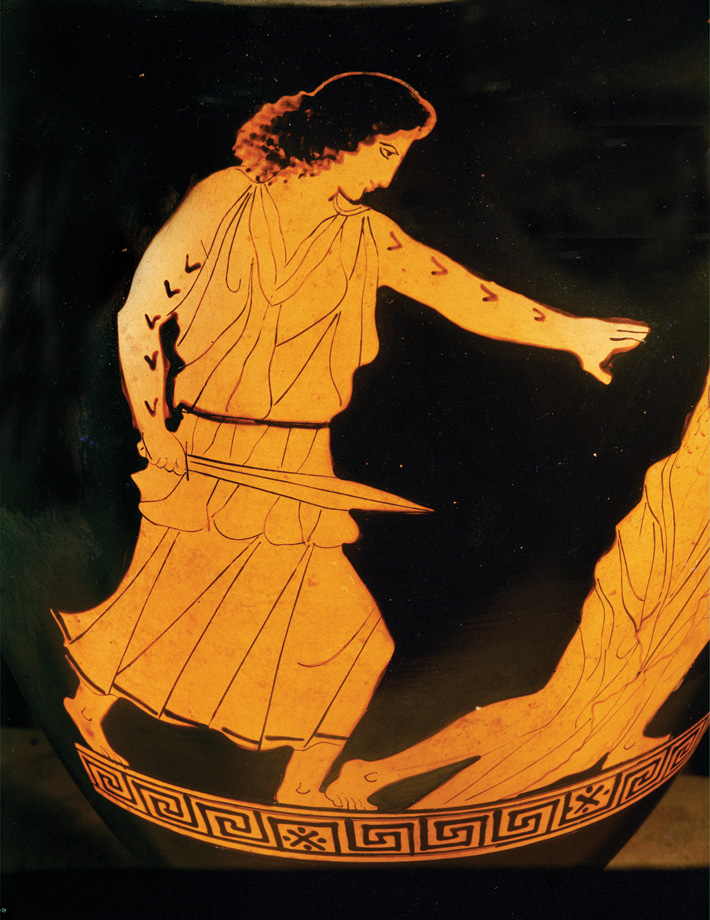 In most of the ancient Greco-Roman world, tattoos were seen as a mark of punishment and shame. The Greeks, who, according to the historian Herodotus, learned the idea of penal tattoos from the Persians in the sixth century B.C., tattooed criminals, slaves who tried to escape, and enemies they vanquished in battle. A famous example has the Athenians tattooing the defeated Samians with an owl, Athens’ hallowed emblem, only to have the favor returned when the Samians defeated the Athenians and tattooed their prisoners with a Samian warship. In the Roman Empire, slaves were marked to show their taxes had been paid. The emperor Caligula tattooed gladiators—as public property—and early Christians condemned to the mines. But among many of the ancient cultures the Greeks and Romans encountered—Thracians, Scythians, Dacians, Gauls, Picts, Celts, and Britons, to name a few—tattoos were seen as marks of pride. Herodotus tells us that for the Thracians, tattoos were greatly admired and “tattooing among them marks noble birth, and the want of it low birth.” A fifth-century B.C. Greek vase (left) depicts a tattooed Thracian maenad, a female follower of the god Dionysus, killing the musician Orpheus as punishment for abandoning Dionysus to worship the sun god, Apollo.