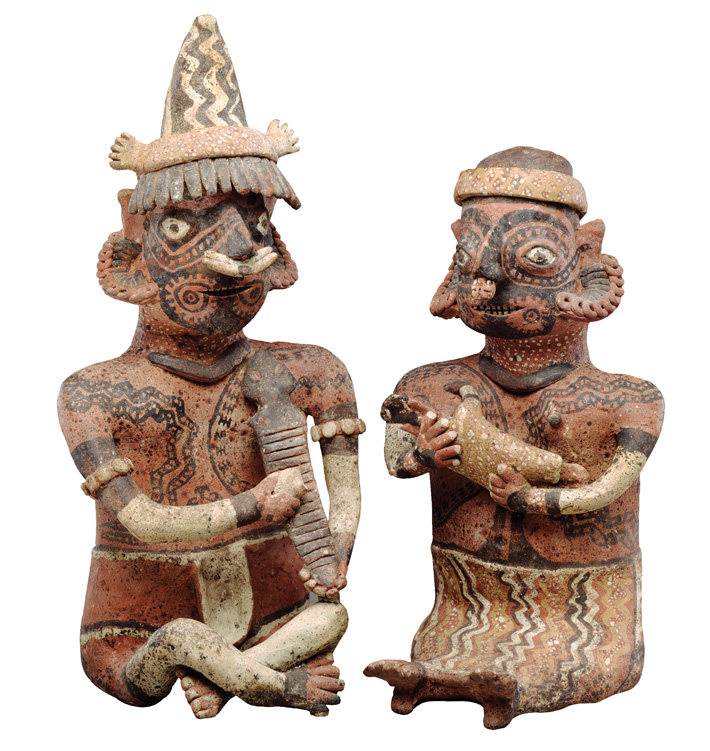 For more than 1,000 years, a culture flourished in what are now the western Mexican states of Jalisco, Nayarit, and parts of Colima. Most of what we know about the culture comes from artifacts taken from shaft tombs—usually by tomb raiders—including examples of heavily tattooed hollow ceramic figurines. Some scholars believe the figurines depict gods, while Christopher Beekman of the University of Colorado Denver suspects that they may in fact represent the people with whom they were buried. Certainly the designs were intended to communicate identity and status, particularly considering that the figurines appear to have been used in ceremonial contexts, and also set up in residential areas to be seen and visited. According to Beekman, it is notable that the tattooing occurs prominently around the mouth, which may refer, as it does in Classic Maya society, to the breath of life or the capacity of polished speech of these individuals.