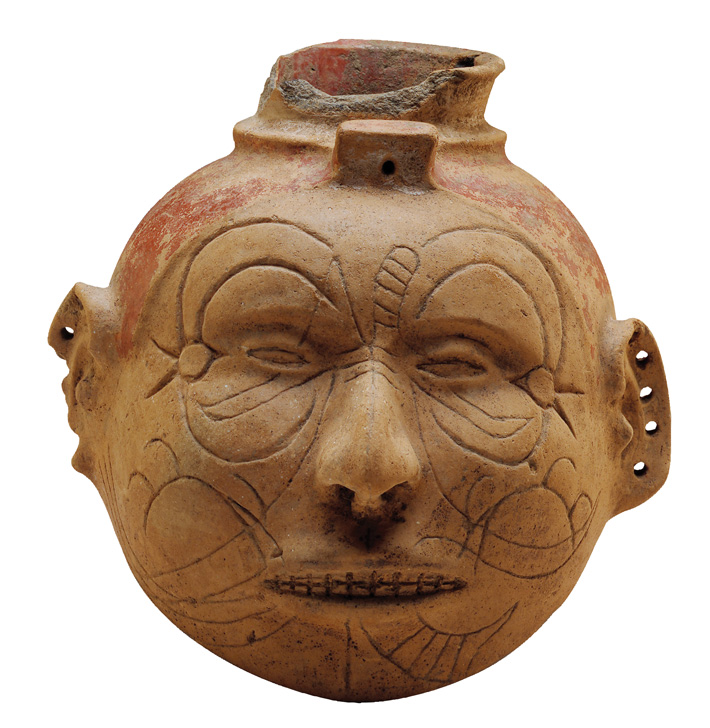 From about A.D. 1200 to 1600, Native Americans speaking very different languages and living across a vast swath of what is now the United States followed similar religious practices known today as the Southeastern Ceremonial Complex. According to David H. Dye of the University of Memphis, who has studied both ritual depictions on artifacts and the Native American oral traditions, tattooing was a vital part of these shared religious ideas. “They played a role in celebrating the perpetuation of life,” says Dye. “For warriors, facial tattoos were snares for capturing the soul of someone they killed in battle. Capturing those enemy souls through permanent tattoos helped extend not only their own lives, but helped ease the passage of their dead relatives.” Much of the evidence for tattooing comes from ceramic pots that depict heavily tattooed human heads. These vessels were often decorated with bird motifs, which seem to relate to the Birdman, a deity who ensured the daily rebirth of the sun and symbolized the triumph of life over death. Often these tattoos took the form of feathers or raptor claws around the eyes. “By tattooing themselves with bird motifs, they became that supernatural creature,” says Aaron Deter-Wolf of the Tennessee Division of Archaeology. “The tattoos enabled them to embody his force.”