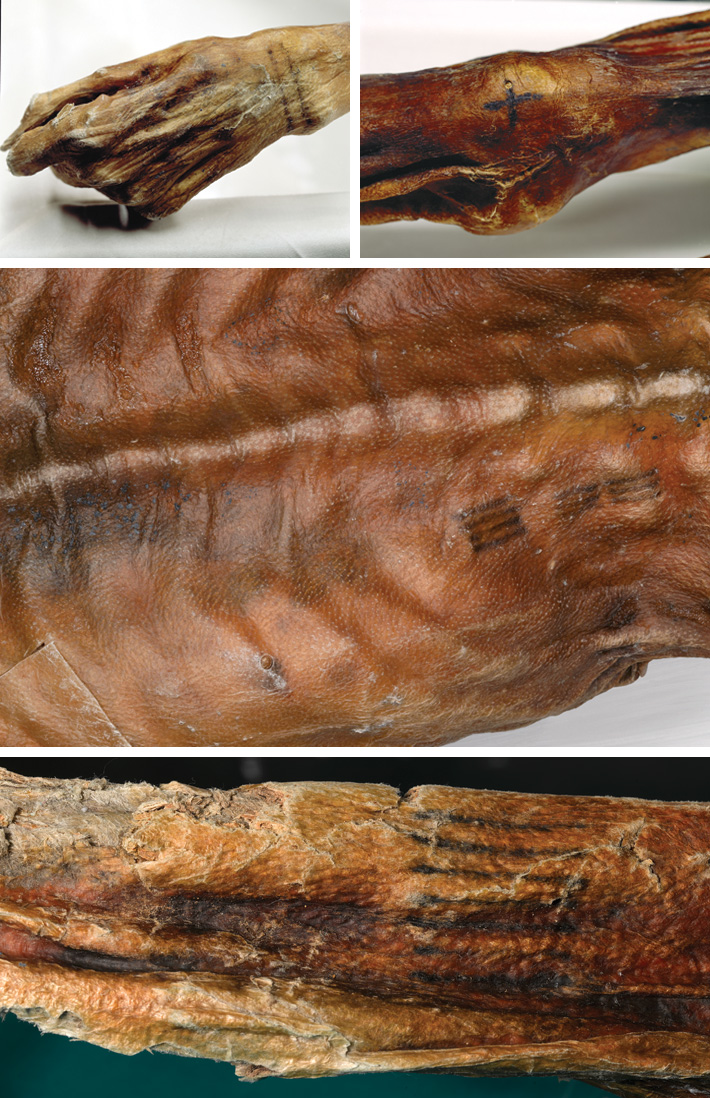 Perhaps the most famous tattooed ancient man is Ötzi the Iceman, who died high in the Italian Alps more than 5,000 years ago. Ötzi’s clothing, tools, and weapons are a remarkable window into the life of a herder or perhaps a chieftain in Copper Age Europe. But it is Ötzi’s body itself, almost perfectly preserved by the snow and ice that covered him shortly after his death, that provides unique evidence of early medicine. Ötzi is covered with more than 50 tattoos in the form of lines and crosses made up of small incisions in his skin into which charcoal was rubbed. Because they are all found on parts of the body that show evidence of a lifetime of wear and tear—the ankles, wrists, knees, Achilles tendon, and lower back, for example—it’s thought that Ötzi’s tattoos were therapeutic, not decorative or symbolic. When Ötzi was first studied, archaeologists were shocked because they had never before seen Copper Age tattoos, and because acupuncture as a treatment for joint distress, rheumatism, and arthritis was thought to have originated in Asia more than 2,000 years later.