Sculpture of an eagle carrying a snake 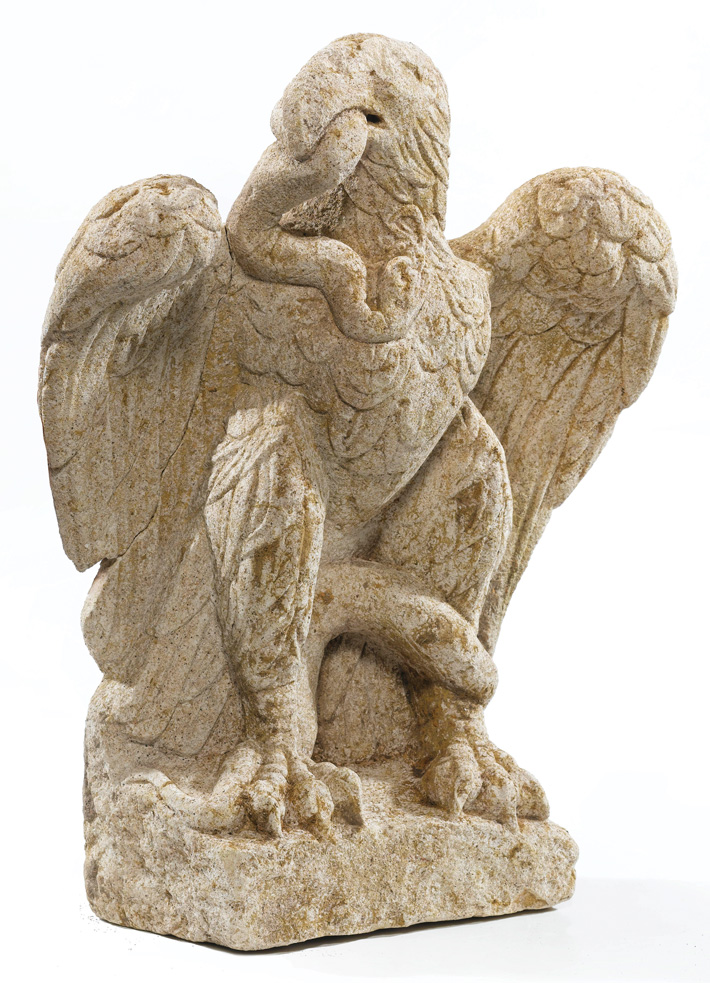 In the second century A.D., Londinium was the largest city in the Roman province of Britannia, with a population of at least 30,000, a bustling port, and well-built roads connecting it to the province. Along one of those roads, a sculptor from the Cotswolds likely traveled the 20 or so miles to Londinium. There he joined other artists from the same region in their city workshop, where they created works of art to adorn Londinium’s public buildings, homes, and even the burials of its wealthiest inhabitants. These works included this just-discovered sculpture of an eagle—considered the finest Romano-British piece of sculpture ever found in London, and among the best surviving statues from Roman Britain.

Scholars believe the sculpture adorned one of the prominent mausoleums that lined a road out of the city. While the front and sides are fully carved, the back is rough and unfinished, suggesting it once sat in a niche. “It’s rare for sculpture to survive from London’s Roman cemeteries, and even more unusual to survive in such excellent condition,” says Michael Marshall, an archaeologist from Museum of London Archaeology, which led the excavation on the site of a new hotel near the Tower of London. But it’s not only the artist’s skill, evident, for example, in the carving of the eagle’s feathers and talons, that has impressed and intrigued scholars. “The eagle, the bird of the god Jupiter, was a very popular Roman symbol,” says Marshall. “Eagles were also considered a means of apotheosis, which may be one reason they are associated with burials.” However, there is only one other known example of the eagle and snake motif from Roman Britain, implying that this sculptor had knowledge of the wealth of imagery of the wider classical world, where this motif was more common.