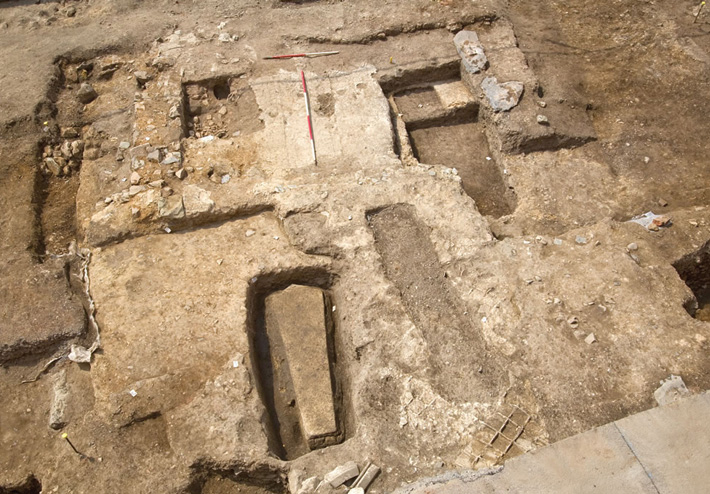 Richard III was just the first in a series of finds beneath parking lots in the United Kingdom this year. At Greyfriars, the Richard III site, archaeologists also uncovered a medieval lead coffin nestled inside a larger stone one. Elsewhere in Leicester another parking lot yielded a 1,700-year-old cemetery. And, in Scotland, yet another patch of asphalt held the remains of eight people—perhaps relatives of a medieval knight also buried there, whose grave contained an ornate stone carving of a Calvary cross and sword.