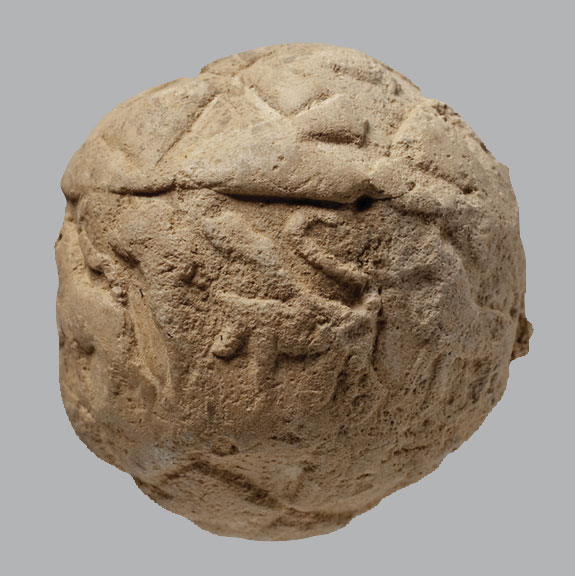 It was surely hard to keep accurate accounts before writing was developed, but Mesopotamian merchants found a way in the form of clay balls that researchers call “envelopes,” filled with tokens and impressed with seals. Dozens of these envelopes have been found, but deciphering their meaning is problematic—broken ones are difficult to reconstruct accurately and, until recently, intact ones could not be studied without first breaking them.

Sumerologist Christopher Woods and his team from the Oriental Institute at the University of Chicago are now using CT scans to peer inside 18 intact envelopes that date to more than 5,000 years ago, excavated from Choga Mish in Iran in the 1960s and 1970s. The team observed that the tokens come in a variety of shapes and sizes, and sometimes have surface incisions, all of which could represent different commodities or amounts. “If the contents [of a transaction] were contested,” Woods writes, “the envelope could be broken open and the tokens verified.” The balls also have seal impressions around the middle and on each end, which might represent the identities of buyers, sellers, or witnesses to a transaction. More scans will help researchers build a corpus of envelopes that can be deciphered. “We are now at a point in terms of technology where we can collect more and better data using nondestructive methods than we could if we physically opened the balls,” according to Woods.