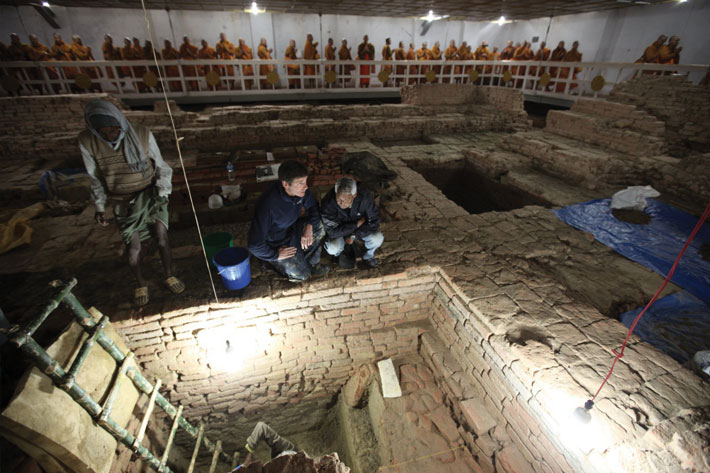 Buddhist scholars and devotees are split into two camps over when Buddha was born, in large part because the sage’s birth preceded formal writing by several centuries. Some say the mid-sixth to seventh century b.c., while others believe it was later, in the mid- to late fourth century B.C. What they do agree upon is his birthplace: Lumbini, Nepal.

Archaeologists working at Lumbini have now uncovered evidence that appears to support the earlier birth date. Digging within the grounds of the Maya Devi Temple, named after Buddha’s mother, the team unearthed a succession of temples carefully oriented to re-create the cosmos and place Buddha at its center. The oldest, which would have been outlined in timbers, dates to the sixth century B.C. 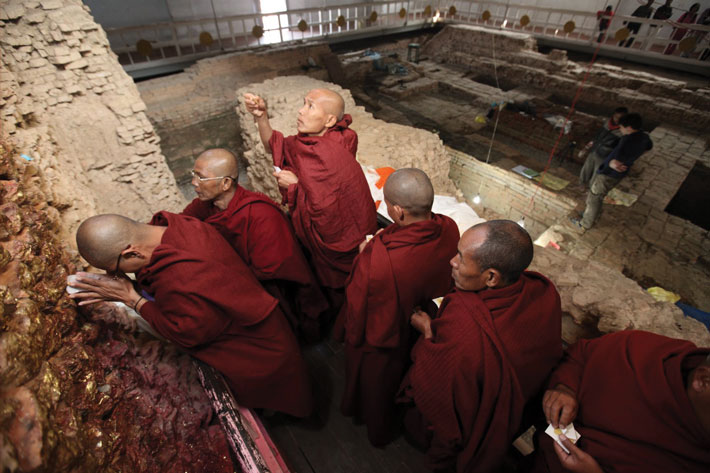 The timber temple sits beneath a newer brick structure dating to the third century B.C. that was built by Ashoka, a proselytizer of Buddhism and ruler of the Mauryan Empire that held most of South Asia at the time. Archaeologists found root features at the center of the Ashokan temple, evidence that it was built around a sacred Bodhi Tree, a common feature of Buddhist shrines that symbolizes enlightenment. The team believes the timber structure was built around one as well. “Our sequence starts in the sixth century B.C., with the creation of a sacred space around a tree, and this pattern is later replicated twice,” says lead archaeologist Robin Coningham of the University of Durham. “The earlier structures were not destroyed, but were carefully enshrined one under another, indicating the importance of preserving that continuity.”