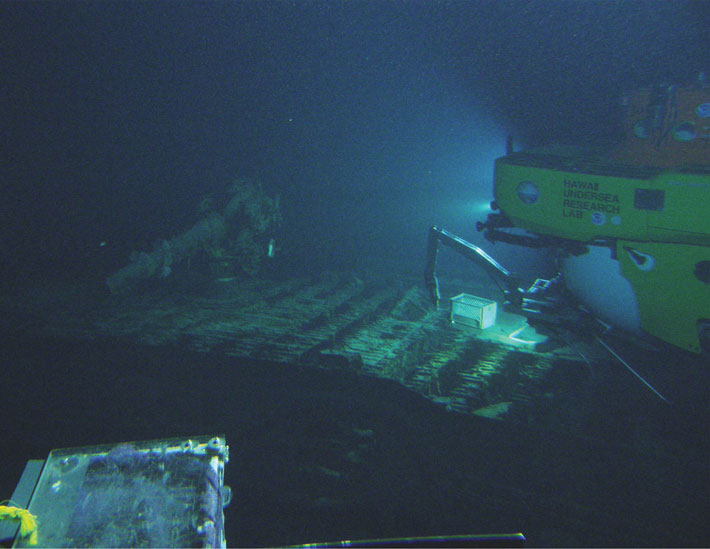 Nearly half a mile beneath the surface of the Pacific, southwest of Oahu, lie massive remains tied to a stunning tale from the last days of World War II and the first days of the Cold War that followed. Archaeologists using Pisces V, a manned submersible operated by the Hawaii Undersea Research Laboratory, found the wreck of I-400, a Japanese submarine remarkable not only for its size (400 feet long, twice that of a German U-boat), but also for its capabilities (it held three aircraft with folding wings that could be launched by catapult) and mission (its crew trained to attack the Panama Canal). Following the end of hostilities in the Pacific, the Allies had agreed to share military technology seized from Japanese forces. But I-400 and its sister vessels were simply too advanced and important—the United States scuttled the ships rather than share their secrets with the Soviets.