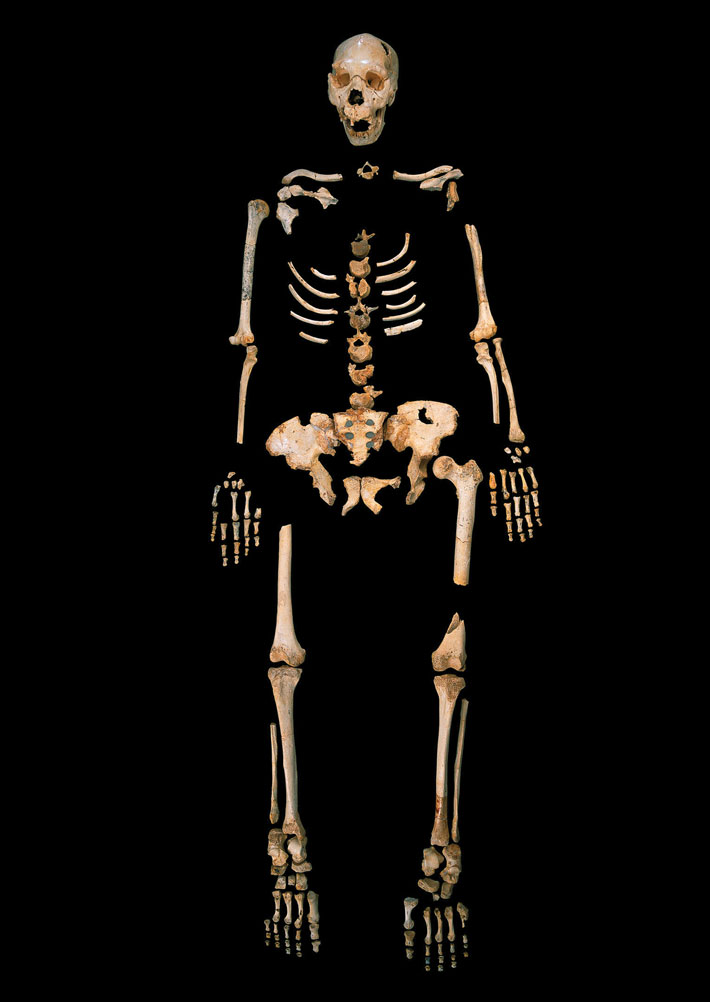 When scientists attempt to draw the evolutionary family tree of the human race, they would like to be able to use straight lines to show the relationships between hominin groups: one species leads to another, and so on. But this isn’t always possible. Three recent studies of ancient DNA have uncovered unique genetic markers in unexpected places, showing that our ancestors got around and interbred more than anyone had previously thought. The result is a convoluted set of relationships among early humans where once there was a simpler family tree.

The story of this new work begins in northern Spain. There, a group of Spanish researchers at the site of Sima de los Huesos teamed up with geneticists from the Max Planck Institute for Evolutionary Anthropology to examine the oldest known hominin DNA sample, which comes from a 400,000-year-old Homo heidelbergensis thigh bone. They sequenced the bone’s mitochondrial DNA (mtDNA), which is passed from mother to child. “What we were expecting to see was Neanderthal mitochondrial DNA,” says Matthias Meyer of the Max Planck Institute, as Neanderthals would later occupy that part of Europe and might be expected to carry genetic material from the previous inhabitants. Surprisingly, the mtDNA is instead more closely related to that of a hominin who lived more than 50,000 years ago in Siberia’s Denisova Cave than it is to that of Neanderthals. The Denisovans were related to, but genetically distinct from, Neanderthals.

According to Meyer, the Sima de los Huesos sample is old enough that it could represent an ancestor to both Denisovans and Neanderthals. However, it is also possible that H. heidelbergensis is not ancestral to either group, but later interbred with the Denisovan lineage. Studies of nuclear DNA, which contains genetic information from both parents, will be needed to clarify the relationship, Meyer believes.

Max Planck Institute scientists also recently sequenced the genome of a second individual who lived at Denisova more than 50,000 years ago. They discovered that the individual was actually a Neanderthal, not a Denisovan. It is the most complete Neanderthal genome yet recovered, and it has given geneticists a novel point of comparison among various human lineages. The new analysis shows that occasional interbreeding between Neanderthals, Denisovans, and Homo sapiens probably took place in more than one time and place, and that the Denisovans also interbred with an unknown archaic hominin group—possibly H. heidelbergensis. 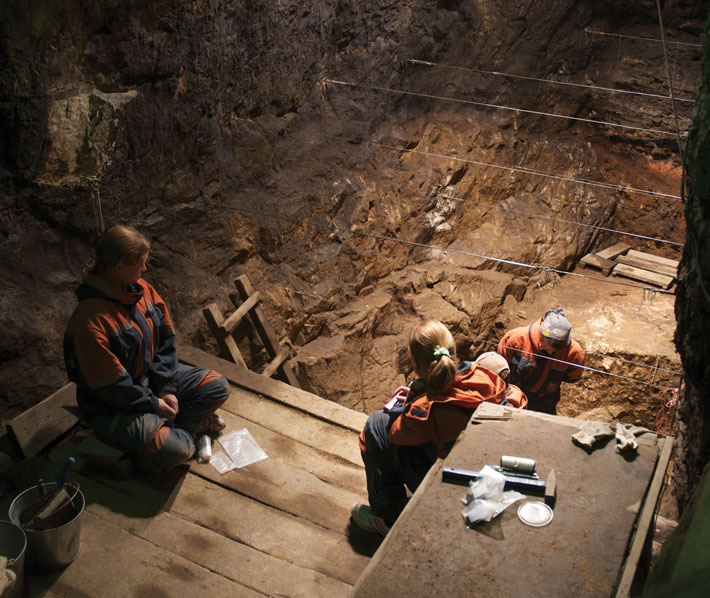 According to another new study with surprising results, a small percentage of the Denisovans’ unique DNA still lives on in the indigenous people of Australia, New Guinea, and the eastern islands of Indonesia—all places that are separated from the Asian mainland by strong ocean currents that form a migratory barrier called the Wallace Line. Based on the lack of Denisovan DNA markers in ancient and modern populations on the Asian side of the line, and their relative abundance on the other, Alan Cooper of the University of Adelaide and Christopher Stringer of London’s Natural History Museum believe that Denisovans may have boated to locations across the Wallace Line and interbred with the H. sapiens already living there.

While these studies paint a complex picture of our genetic past, Meyer believes the relationships between ancient humans will become clear as methods for recovering ancient DNA improve. “In the next year or two,” he says, “we will have a much, much higher-resolution picture of human migrations out of Africa and within Eurasia.”