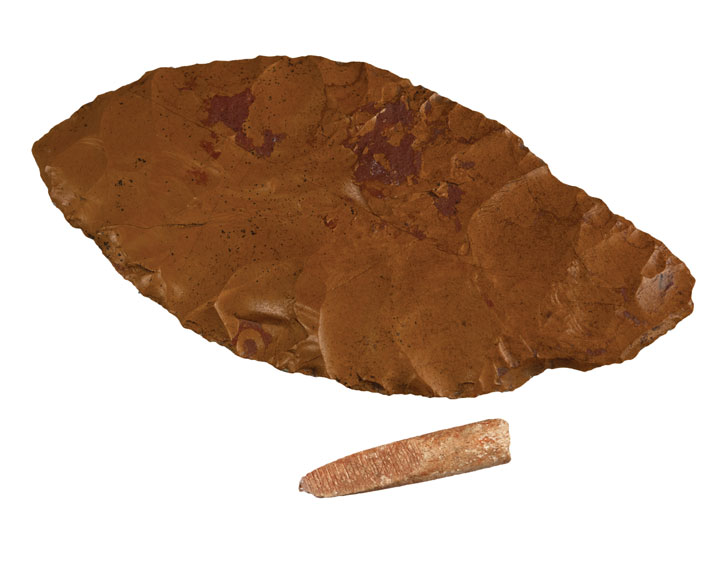 The burials of two boys—each found decades ago and thousands of miles apart, but recently subjected to genetic analysis—are helping settle the matter of where the first residents of the Americas came from.

A lab at the University of Copenhagen, led by geneticist Eske Willerslev, has sequenced the genome of a four-year-old boy whose remains were found near the Siberian village of Mal’ta in the 1920s. Dating back 24,000 years, the boy’s DNA was found to be closely related to that of modern Native Americans, suggesting that some of the Mal’ta people’s descendants migrated to the New World. Researchers were surprised that he was significantly related to Europeans, as well as South and Central Asians, but not to East Asians, who have long been known to be connected to Native Americans. The scientists believe that today’s Native Americans are a mixture of the Mal’ta and East Asians they encountered en route from Siberia to the Americas. “The genetics tell us about homelands,” says Mike Waters, a Texas A&M University archaeologist involved in the research, “but it doesn’t tell us about routes.”

Across the Bering Strait, the remains of a one- to two-year-old boy, called Anzick boy, discovered in western Montana more than 45 years ago, are the oldest known burial in the United States, dating to 12,500 years ago. The same Danish lab studied his genome and found that he is a direct ancestor of all modern Native American populations from Mexico to Chile. The boy is also closely, but less directly, related to tribes in Canada and the Arctic. However, because of distrust between the U.S. Native American community and scientists, not enough DNA of American tribes is available to determine their relation to the boy. Waters predicts that “a large chunk of Native Americans in the U.S. will show a strong direct ancestry to the Anzick boy.”

Willerslev says that sequencing more ancient genomes from around the Americas might eventually uncover more detailed migration patterns. “We all have years of work ahead of us if we would like to understand the full picture of the early peopling of the Americas,” he says.