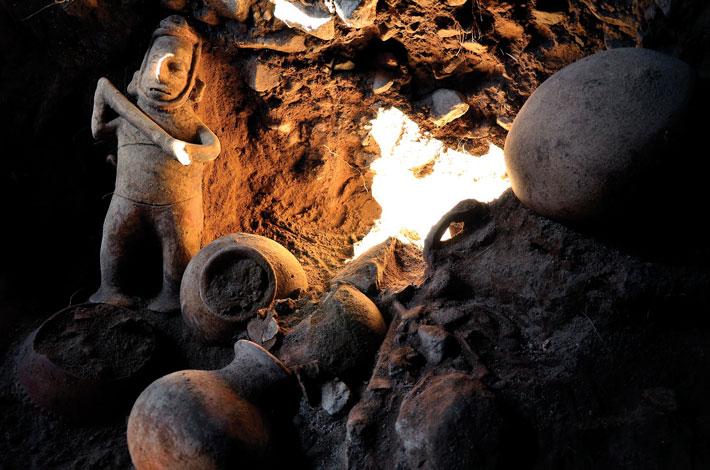 Inside a 1,500-year-old shaft tomb, archaeologists from Mexico’s National Institute of Anthropology and History discovered a ceramic figurine of a shaman holding what may have been a weapon, according to archaeologist Marcos Zavaleta. The shaman was placed at the opening of the tomb as if he were guarding the undisturbed burial, which contained the body of one or possibly two high-status people and six pots that might have held food for the afterlife. The burial complex is located in the state of Colima on Mexico’s west coast. According to Zavaleta, this rare intact burial could reveal much about religion and funeral practices in ancient Colima.