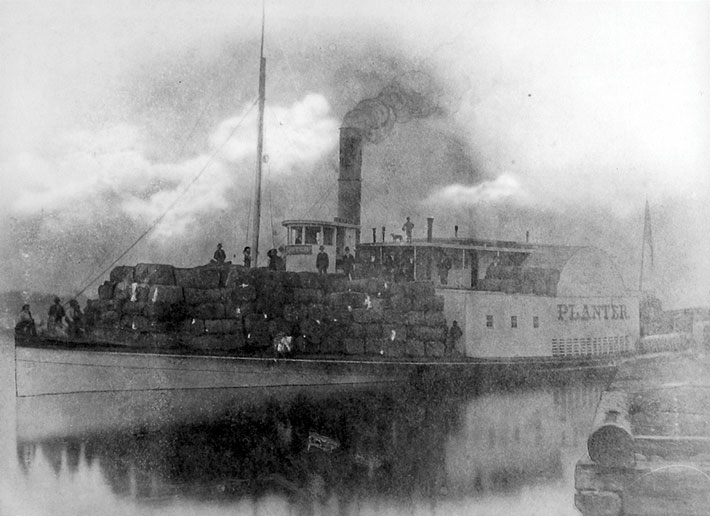 Off the South Carolina coast, archaeologists believe they have identified the remains of Planter, a steamer that was associated with one of the most daring actions of the Civil War. Chartered by the Confederacy as a transport vessel soon after the war began, Planter’s second-in-command was Robert Smalls, an enslaved black man. On a spring night in 1862, while the ship’s white crew attended a ball in Charleston, Smalls and the other black crewmen commandeered the steamer. After taking on his family, Smalls steered Planter past several Confederate forts and delivered the vessel to a Union warship. Smalls was eventually appointed Planter’s captain—the first African American to serve as ship’s master in the history of the United States military.

After the war, Planter hauled passengers and cotton along the South Carolina coast, and was abandoned after running aground during a severe storm in 1876. Archaeologists with the National Oceanic and Atmospheric Administration (NOAA) carried out a remote-sensing survey where Planter was thought to have been lost. They detected a series of magnetic anomalies that are likely concentrations of iron from the ship’s boiler. “The site is in 10 feet of water and 15 feet of sand, so excavating will be nearly impossible,” says NOAA archaeologist Bruce Terrell. “But because of its historical significance, we’ll monitor the site to ensure it isn’t threatened.”