Last City of the Aztecs

A half-hour walk north of the Templo Mayor, Tlatelolco was a rival Aztec city until it was absorbed into Tenochtitlan in 1473. Recent excavations have shown that Tlatelolco’s ceremonial complex was once almost as large and impressive as that of the main Aztec capital, although at the time of the Spanish conquest, the city was known mostly for its thriving market. Tlatelolco was the final redoubt of the Aztec emperor Cuauhtémoc before he was captured by Cortés in August 1521. Cortés later released Cuauhtémoc and allowed him to continue to rule but, fearing a conspiracy, had him executed in 1525. He was the last Aztec ruler.

Just over a decade ago, archaeologists made an intriguing discovery at Tlatelolco. Beneath a colonial church erected over Aztec foundations, they found a seven-foot-deep, 26-foot-wide basin that had been built on Cuauhtémoc’s orders. Known as a caja de agua, or “water box,” the basin was fed with water from Chapultepec Hill, some four miles away. A system of aqueducts ensured the city’s supply of potable water, as lake water was not suitable for drinking. This cistern was, perhaps, the last example of Aztec civic construction. 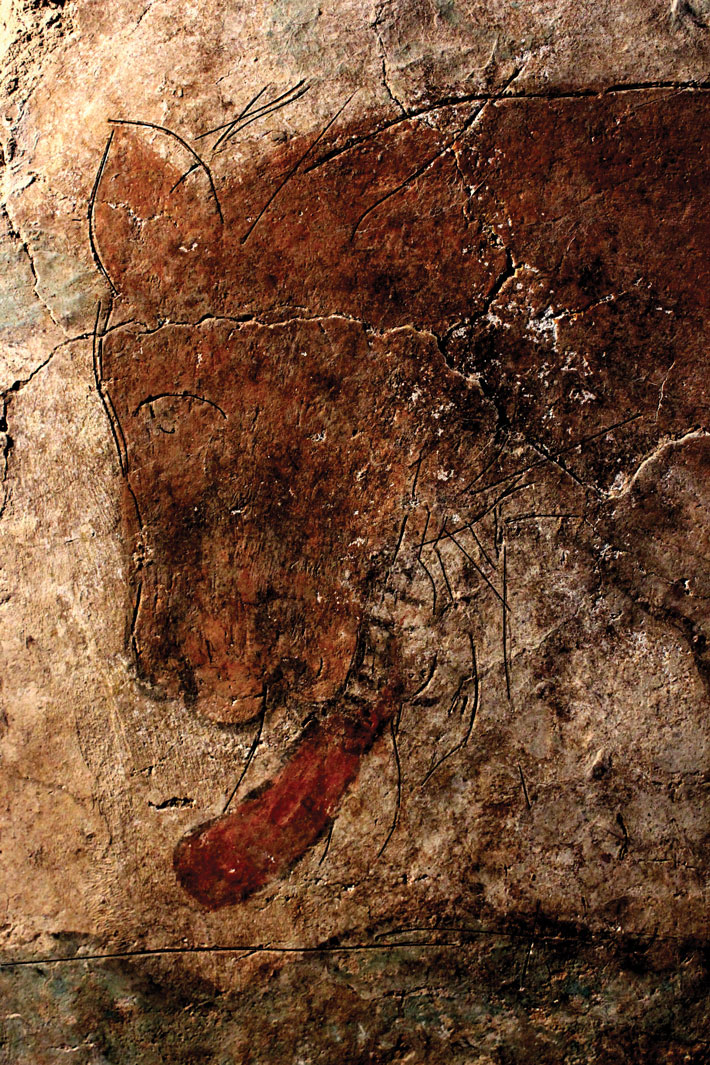 On the basin’s walls, archaeologists discovered murals, once brightly colored but now faded with age. Painted just as the Spaniards were consolidating their power, the frescoes are a unique hybrid of Aztec and Spanish themes. They show scenes of canoes on a lake, people fishing, ducks, reeds, water lilies, frogs, herons, and jaguars. In one scene, a fisherman casts a net while, at his feet, a coiled snake tries to eat a frog. Snakes and frogs had deep symbolic associations for the Aztecs, and were depicted in the basin in a naturalistic, European manner. “These murals were painted at the moment of the conquest. In a way, they show the encounter of the European and Mexican cultures,” says archaeologist Salvador Guilliem. Tlatelolco, where the Aztec world made its last stand, was thus also the scene of one of the initial artistic expressions of modern Mexico. 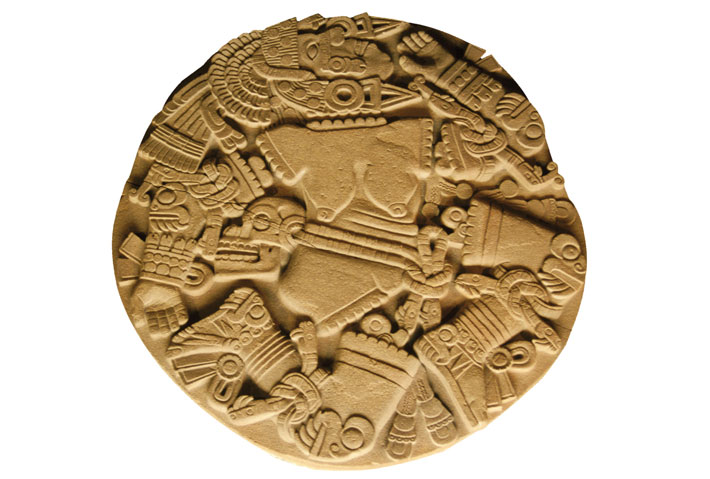 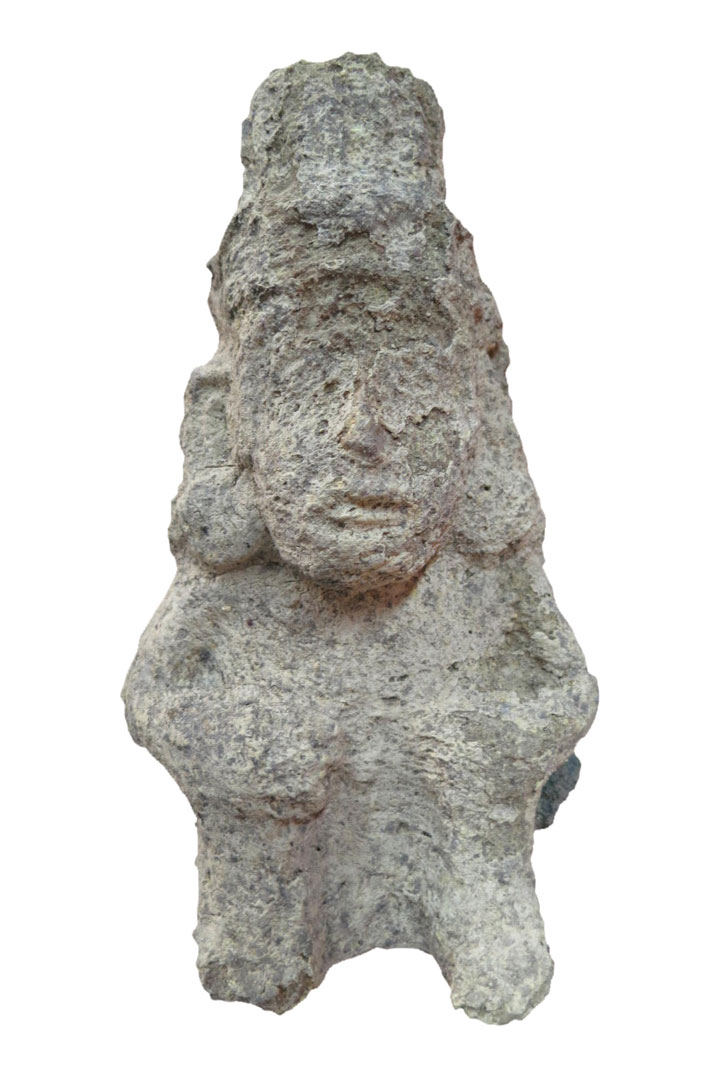 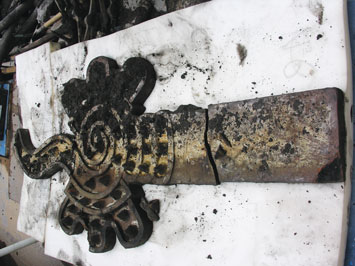