Figurine, likely worn as a pendant on a cord around the neck 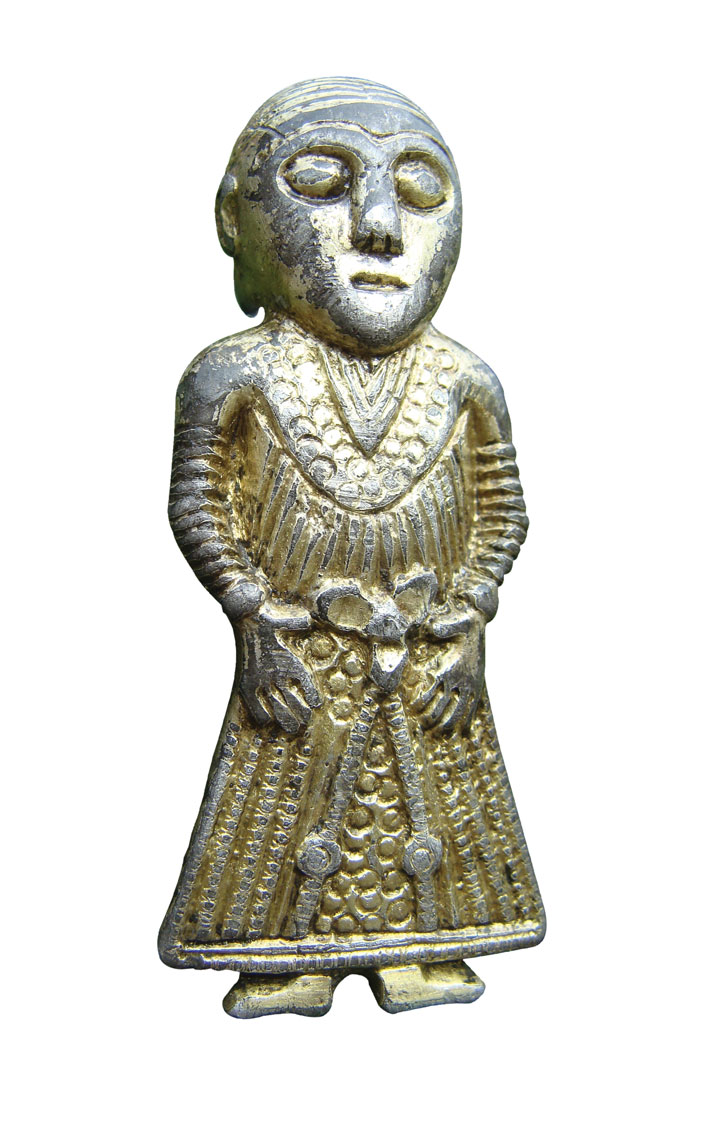 Even the smallest objects can raise questions about the culture that made them. Take, for example, a rare, tiny figurine recently discovered in a Danish field. There is no doubt that this figurine depicts a divine personage but, according to archaeologist Claus Feveile of the Østfyns Museum, where the artifact is currently being studied, it’s unclear whether it depicts a male or female deity. Although the figurine’s hair is gathered in a bun and not a more typical knot, the swept-back style points to it being a goddess, says Feveile. And the extraordinary details of the garment—every section has a differently patterned or embellished fabric—as well as its long length, strengthen the identification of the figurine as a female deity, perhaps even Freya, the Norse goddess of love, beauty, and fertility.

Yet there are also elements that indicate that the figurine depicts a male deity, in particular the trefoil brooch at the waist and the position of the hands. This type of brooch is derived from the design of the Frankish sword, which in Scandinavia was reworked into female jewelry often discovered in rich women’s graves. But in such cases, the brooches are found on the deceased’s chest, not worn at the waist, which Feveile believes may have a more masculine association. Similarly, the placement of the hands on the lower abdomen is seen on male but not female figurines.

We may never completely understand which deity the figurine depicts, or even whether it is a god or goddess. Some Norse deities are described as having an androgynous appearance and even the ability to change sex. But, says Feveile, “Nothing is done by accident when you make such a figurine. Every detail counts, and may have had a special meaning for the viewer.”