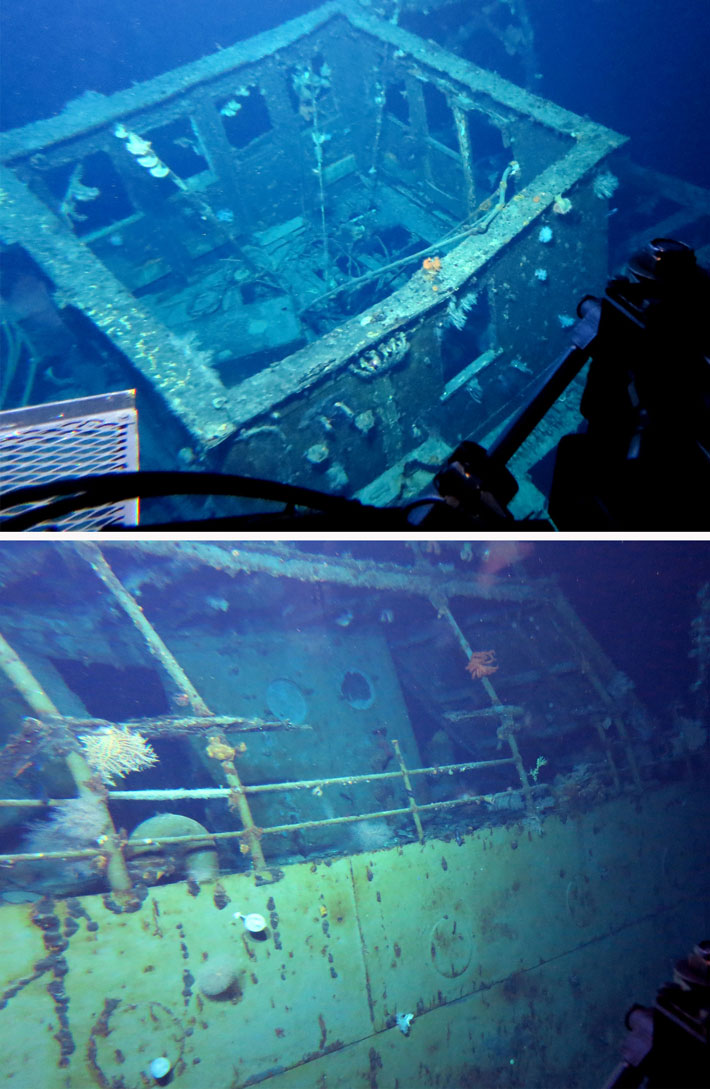 A significant piece of global telecommunications history has been found 2,000 feet below the waves near Oahu. Using the manned submersible Pisces V, Terry Kerby of the Hawaii Undersea Research Laboratory and researchers from the University of Hawaii at Manoa and the National Oceanic and Atmospheric Administration discovered the wreck of Dickenson, a commercial vessel that repaired and serviced the undersea cables that made global communications possible in the early twentieth century. The ship was launched in 1923 and served remote Pacific communications stations until 1941, when it was chartered by a British telecommunications company to evacuate employees from Fanning Island. Dickenson arrived in Honolulu Harbor with the evacuees on December 7, 1941, just hours before the attack on Pearl Harbor. During the war, the ship was chartered by the U.S. Navy, dubbed USS Kailua, and set to work maintaining cable and submarine nets. The recent mission found the vessel upright and intact, raising doubts about the report that it had been sunk by a torpedo when it was retired from service in 1946. “It looks to me like the USS Kailua was scuttled and settled peacefully on the bottom,” says Kerby, “and looks like she is sailing off into the dark like a ghost ship.”