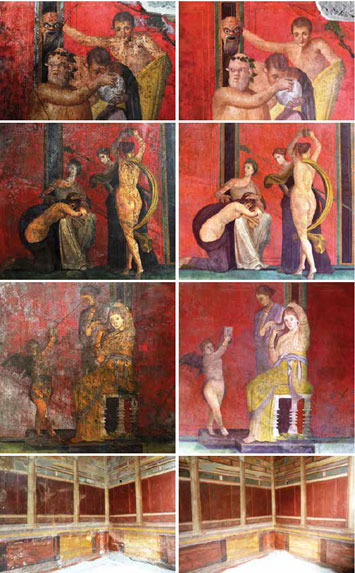 After being closed for the past two years, all 70 rooms of Pompeii’s most famous house, the Villa of the Mysteries, have reopened, revealing to the public for the first time the astonishing results of an extensive restoration and conservation project (“Saving the Villa of the Mysteries,” March/April 2014). Much of the most recent work, begun in 2013, focused on removing the layer of wax that had been used to protect the frescoes in the 1930s. However, it was discovered that the wax had damaged and faded the paintings’ once-vibrant colors. With the wax eradicated and the frescoes cleaned using chemical solutions and lasers, it is now possible to see, for the first time since they were buried by the catastrophic eruption of Mount Vesuvius in A.D. 79, just how remarkable the paintings are. In addition to conserving the frescoes, the researchers also cleaned, repaired, and consolidated the luxurious villa’s walls and floors, both to restore their appearance and to improve the stability of the building from top to bottom.