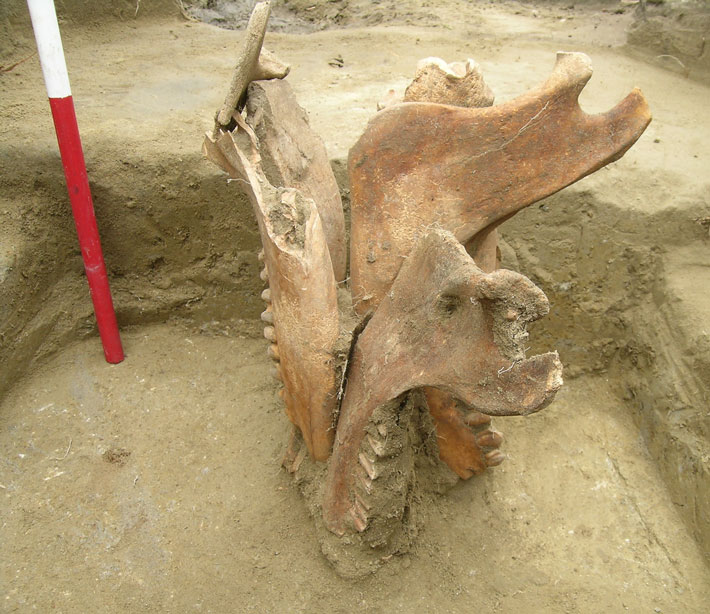 In southern Alberta, University of Lethbridge archaeologist Shawn Bubel and her team were excavating a bison kill site dating to 500 B.C. when they encountered something bizarre. Beneath the remains of at least 68 butchered bison, prehistoric hunters had pressed collections of bison bones deep into the earth. “I had my students dig below the bone bed, not expecting to find anything,” says Bubel. “Then we started to see bones shoved down into clay.” Eventually the team unearthed eight of these enigmatic bone structures, which dated to the same time as the bone bed above them. Bubel says that while prehistoric Native Americans were known to use upright bison bones as anvils or to tie down tepees, none of these bones bore the telltale marks of those activities. “It’s a cliché for archaeologists to call things ceremonial when they don’t understand them, but I think in this case that’s really what we have,” says Bubel.