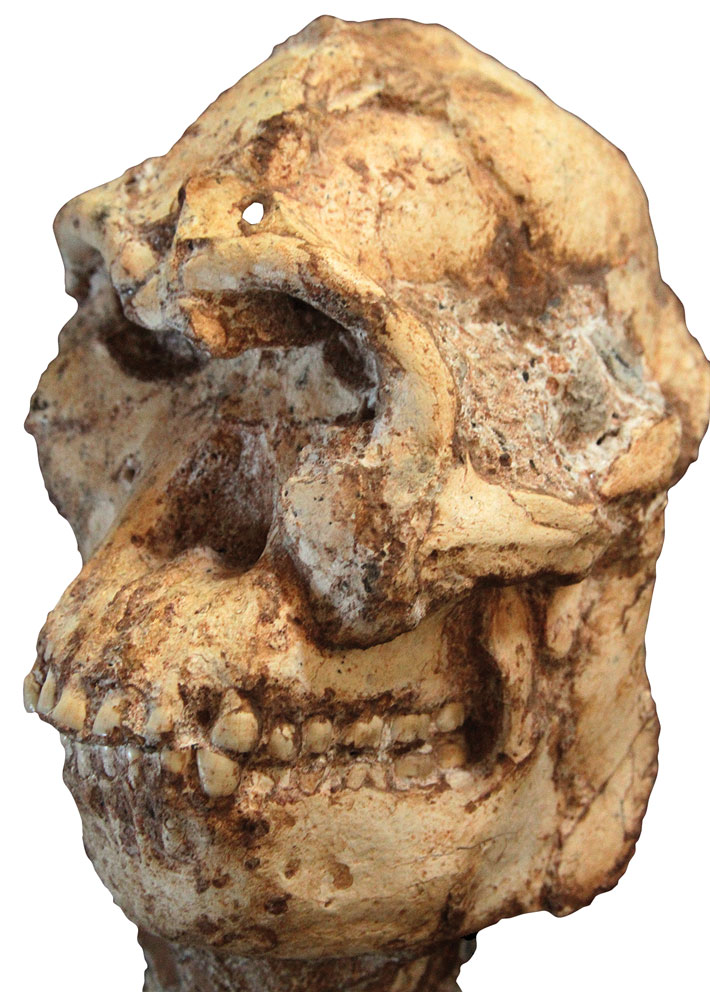 A new dating technique is making it easier for paleoanthropologists to study the human evolutionary record by making it possible to date a wider range of stones and sediments. A team of scientists, including Darryl Granger of Purdue University, has looked to aluminum-26 and beryllium-10, isotopes that are created when rocks are out in the open, exposed to cosmic rays. Once the rocks are buried, the isotopes no longer form, and then begin to decay at known rates. Ultrasensitive instruments that can measure the tiny amounts of these isotopes can tell scientists how long a rock has been underground. Granger used this technique on quartz crystals from South Africa’s Sterkfontein Cave that surrounded the skeletal remains of an early hominin dubbed “Little Foot,” formally known as Australopithecus prometheus. Granger dated the skeleton at 3.67 million years old. The results are controversial because they show that A. prometheus lived at the same time as the human ancestor A. afarensis, which raises questions about the relationship between these species.