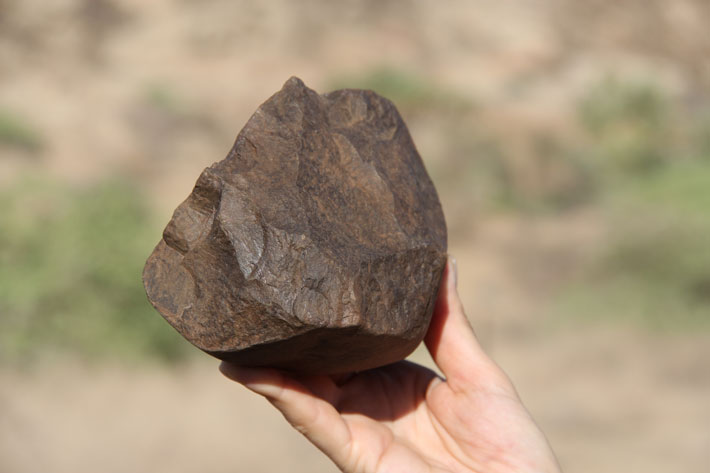 The earliest known stone tools have been discovered at Lomekwi 3 in West Turkana, Kenya. They were made 3.3 million years ago, predating the earliest Oldowan stone tools by 700,000 years and the earliest fossils of the first member of the human genus—Homo habilis—by about 500,000 years. “The cores and flakes are clearly knapped,” says team member Sonia Harmand of Stony Brook University, but they are also very different from the Oldowan examples that were previously the earliest known stone tools. Many of the Lomekwian tools were made by striking a core against an anvil stone to produce sharp flakes, or by placing a core on a hard surface and striking the top of the core with a hammer stone. Harmand, whose team’s findings were published in the journal Nature, says that the arm and hand motions used to make these tools would have been similar to those used by apes to smash open nuts. Stone toolmaking has been considered one of the defining traits of the genus Homo, but the two known hominid species who lived in the region 3.3 million years ago and could have made the tools—Kenyanthropus platyops and Australopithecus afarensis—have not been considered members of the genus. According to Harmand, “The traditional view of the genus Homo surely needs to be revisited.”