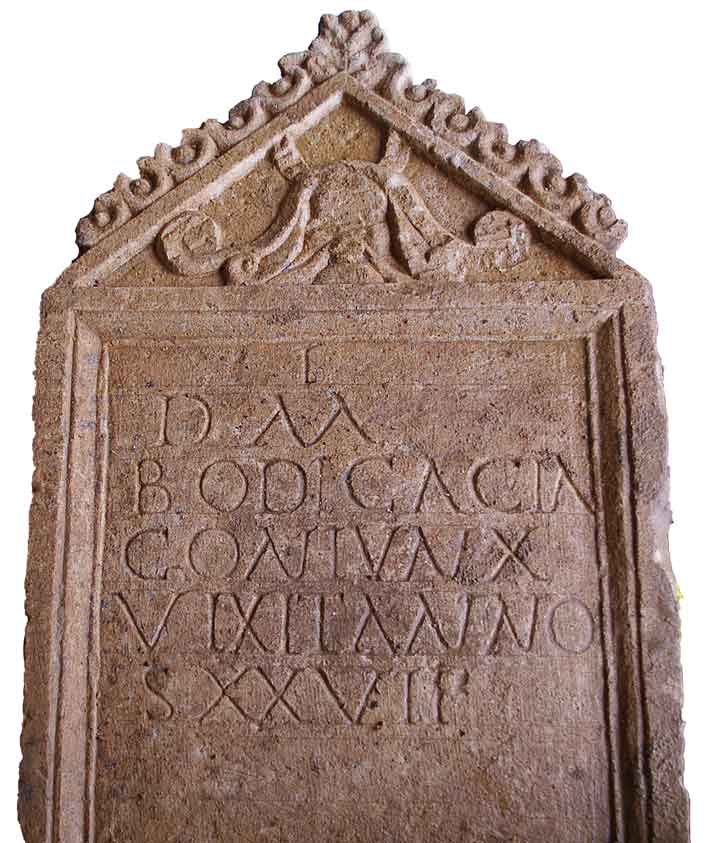 What seemed at first to be a simple ancient Roman burial has become an interesting case of how quickly archaeological interpretations can change. In February 2015, archaeologists from Cotswold Archaeology, working on the site of a new parking lot under construction in Cirencester in western England, found a tombstone. Because the site was known to have been a cemetery, the discovery was not especially surprising. But once they had completely excavated it, they found the artifact to be quite unusual. Unlike the other small tombstone fragments found at the site, it was intact, and when they turned it over, they saw that it contained an inscription. Fewer than 300 inscribed tombstones from the period have been found in England.

The inscription reads, “In memory of Bodicacia, devoted wife, lived 27 years,” and includes a carved image of the head of a god identified as Oceanus. The discovery got even more exciting when excavators found a skeleton underneath the stone, perhaps an opportunity to identify the buried person, another rarity for the Roman period in England. Upon further examination, however, they found that the skeleton belongs to a man, and that the stone, which dates to between A.D. 125 and 175, was reused perhaps a full two centuries later.