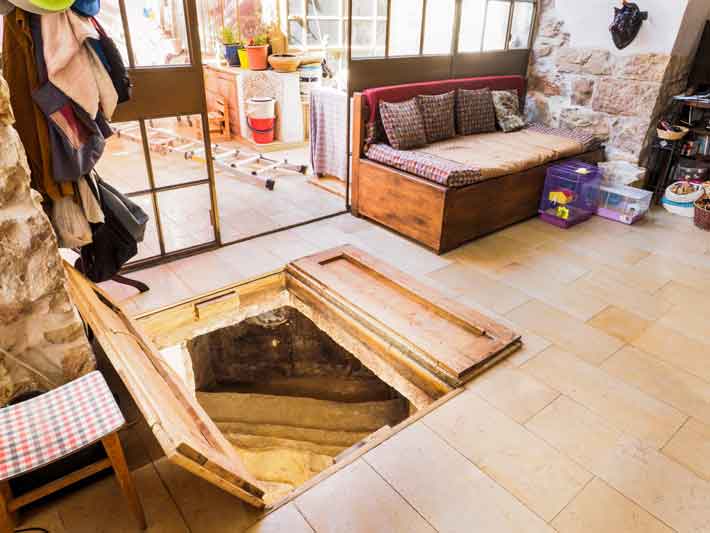 A family in Jerusalem has given new meaning to the idea that you never know what you’ll find when you move the sofa. The Israel Antiquities Authority (IAA) has released details of the surprising discovery of a ritual bath, or mikveh, under a set of wooden doors covered by a rug in the living room of a home in the neighborhood of Ein Kerem. The large mikveh, which is reached by a stone staircase, was carved from bedrock and covered in plaster some 2,000 years ago, according to the dating of pottery and fragments of stone vessels found inside. According to IAA archaeologist Amit Re’em, archaeological remains are rare for this period in this neighborhood of Jerusalem, and the discovery of the mikveh will add new knowledge to scholars’ understanding of the city’s development in antiquity.