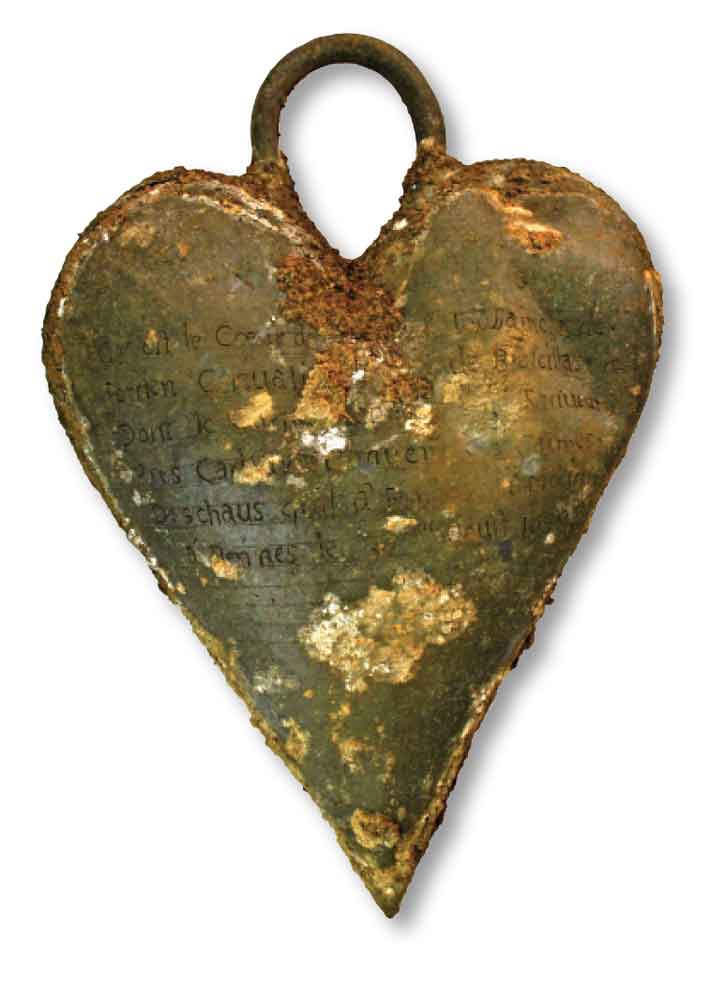 The remarkably well preserved, fully dressed body of a seventeenth-century noblewoman has been found in a lead coffin in the French city of Rennes. A team led by Rosenn Colleter of the French National Institute of Preventive Archaeological Research (INRAP) made the discovery while excavating the remains of a fourteenth-century convent at the site of a future conference center. Along with some 800 graves, the archaeologists unearthed five lead coffins, one of which was still hermetically sealed and held the nearly intact body. “I knew at once that it was a beautiful discovery,” says Colleter, “and that we would need to work quickly so as not to lose any information to decomposition.”

The woman was buried with a heart-shaped relic inscribed with her husband’s name and containing his heart. This allowed the team to identify her as Louise de Quengo, Lady of Brefeillac, who died in 1656. The unusually complete state of de Quengo’s body and clothing is giving specialists a new look at French aristocratic burial practices of the time.

Laboratory analysis of the remains will allow researchers to reconstruct the pathogens she carried, including tuberculosis. “It’s rare that you are able to give a seventeenth-century person a comprehensive health check,” says Colleter. The Lady of Brefeillac will be reburied later this year.