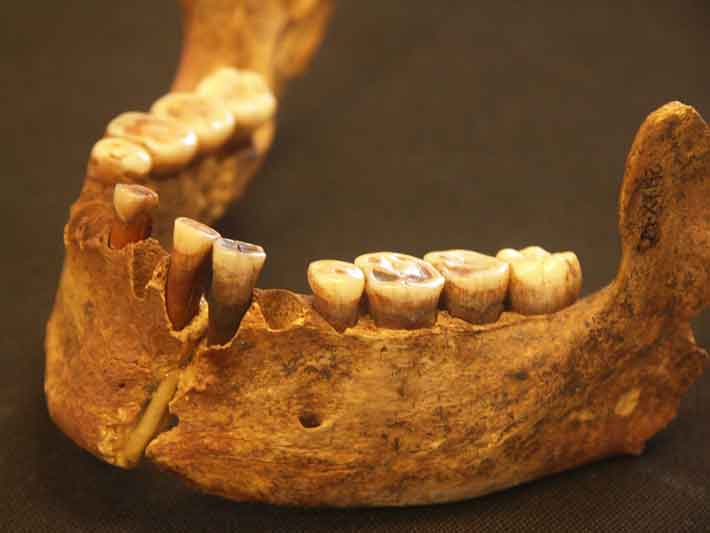 A team of archaeologists scoured El Mirón Cave in northern Spain starting in 1996 and found abundant remains of prehistoric people, primarily the Magdalenians, hunter-gatherers who lived across Western Europe at the end of the last Ice Age. But it wasn’t until 2010, when they investigated a narrow space behind a large limestone block, that the cave began to reveal its greatest secret: a significant portion of the skeleton of a Magdalenian woman who had died around 18,700 years earlier at the age of 35 to 40.

The team, led by Lawrence Straus of the University of New Mexico and Manuel González Morales of the University of Cantabria, found that the woman’s bones were coated with ochre, a red, iron-based pigment, earning her the moniker the “Red Lady of El Mirón.” Her skull and most of her long bones were missing, but a group of researchers led by José Miguel Carretero of the University of Burgos found that her skeleton was otherwise mostly intact, suggesting she had been buried there. “This is the first more-or-less substantial human skeleton of the Magdalenian culture found in the entire Iberian Peninsula,” says Straus.

The limestone block next to the Red Lady’s burial spot has a large number of engravings on its outer face dating to around the time she died, including several that form a distinctive “V” shape, possibly meant to represent a female pubic triangle and to indicate that a woman had been buried nearby. In addition, the inner side of the block adjacent to the burial site was covered with ochre. “You could speculate that the block may have been a marker of her grave,” says Straus.

The researchers are unsure why such apparent effort was expended on the Red Lady after her death. “Whoever she was,” says Straus, “she was given special treatment that was different from the norm. We don’t know what the Magdalenians normally did with their bodies, but by and large they were not burying them.”