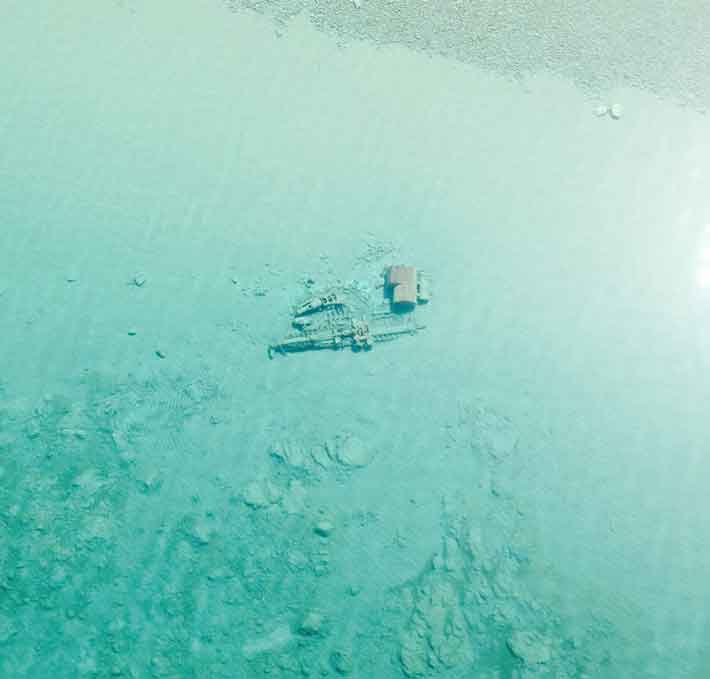 Each spring, once the ice has melted and the chilly waters of Lake Michigan run clear, the history of the Great Lakes becomes visible—to those able to fly over it. As part of a routine patrol, guardsmen from the U.S. Coast Guard snapped photos of a few of the lake’s hundreds of wrecks. Posted online, the haunting photos generated hundreds of comments and dozens of news stories—as well as help in identifying them. Pictured here is Rising Sun, a 133-foot-long wooden steamer that ran aground in 1917. (For more on the maritime heritage of the Great Lakes, see “Shipwreck Alley,” January/February 2015.) 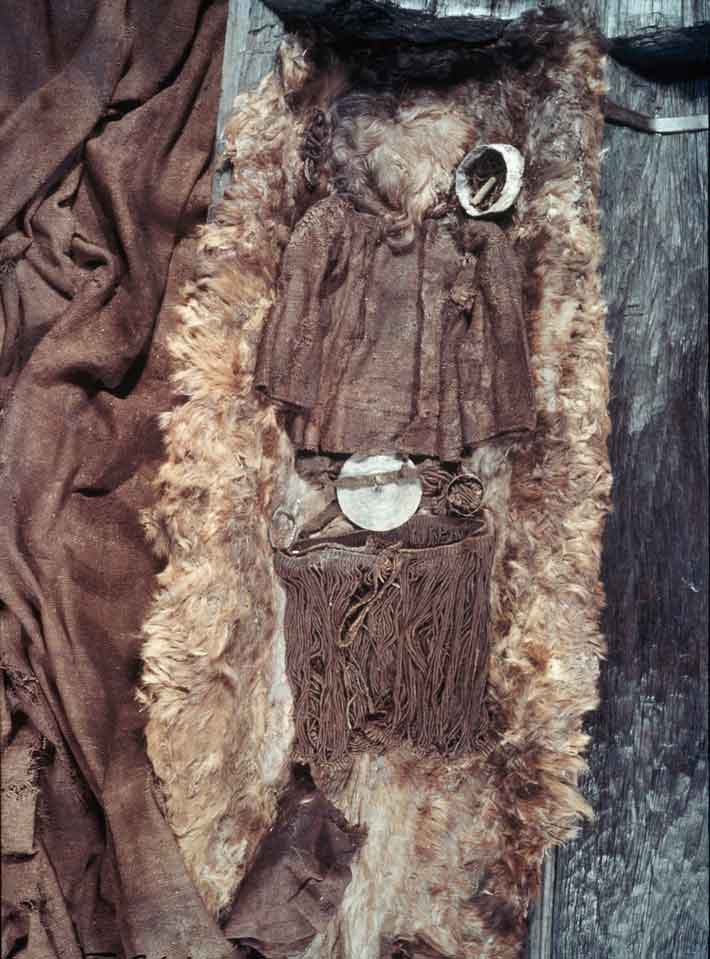 Since her remains were discovered in 1921 near the town of Egtved, Denmark, almost 3,300 years after she died at around 17, the young woman was thought to have been a local, and became known as the “Egtved Girl.” But new research has undermined this assumption.

Based on the strontium isotope signature of one of the girl’s first molars, which was fully formed by age four, a team led by Karin Frei of the National Museum of Denmark has determined that she could not have grown up on the Jutland Peninsula, where Egtved is located. Instead, she was most likely raised in the Black Forest region of southern Germany, some 500 miles away. There were well established ties between the two areas at the time, and the researchers believe the girl was sent to marry a chieftain in Jutland to further the alliance.

Strontium isotope signatures from the girl’s hair and fingernail provide a detailed record of her travels in the last two years of her life. During this period she appears to have moved from her homeland to Jutland, back to where she grew up, and then to Jutland once again shortly before she died. “This tells us that people in the Bronze Age really moved around,” says Frei, “not only men, but women as well.” 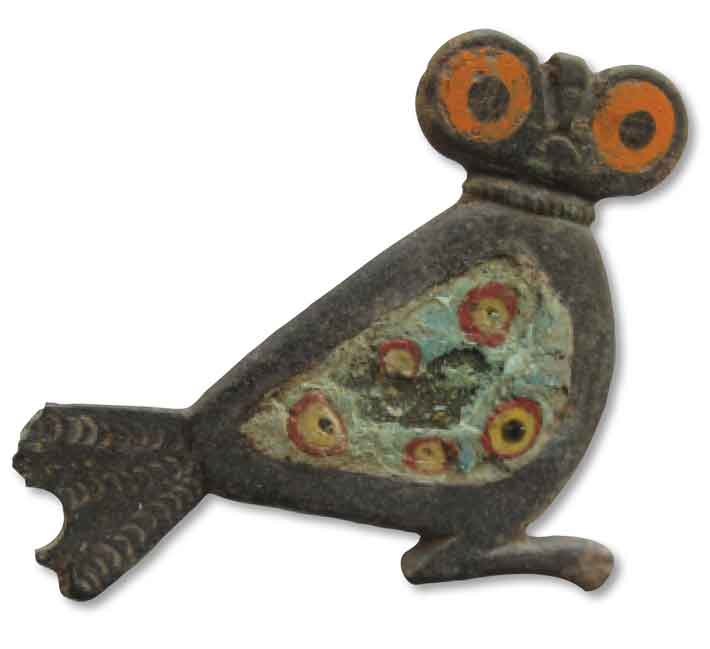 Danish archaeologists investigating the settlement of Lavegaard on the island of Bornholm have uncovered an unusual and exquisite owl-shaped fibula. The 1.5-by-1.5-inch Roman brooch, which dates to the first through third centuries A.D., was discovered by metal detectorists working with the Bornholm Museum. The bronze owl is inlaid with enamel disks and colored glass, which were used to create the enormous orange-and-black eyes. Decorative enameled fibulas are rare in such remote areas of northern Europe, with most concentrated in Roman frontier forts along the Danube or Rhine. This valuable personal item was likely brought back to Bornholm by a local mercenary who had served along the frontier, or was perhaps a gift from a wealthy Roman visiting the island. 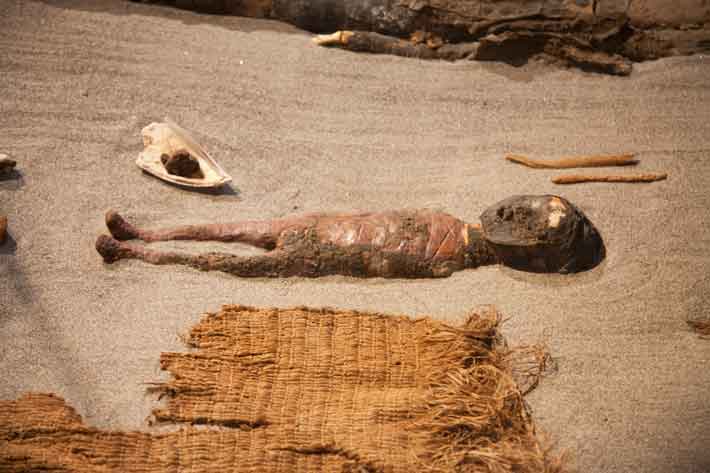 The world’s oldest mummies aren’t found in Egypt, but in the sands of Chile’s Atacama Desert. The oldest dates to an astonishing 5000 B.C., and even the youngest are nearly 5,000 years old. But since the moment they were excavated, they’ve been undergoing changes that even millennia in the ground didn’t bring about.

The mummies are kept in climate-controlled conditions at the Archaeological and Anthropological Museum of San Miguel de Azapa in Arica, but archaeologist Marcela Sepulveda of the University of Tarapacá recently noticed that their skin was turning black and gelatinous, sure signs of decay. “I wanted not just to study the skin degradation, but also to understand what the agent of degradation was,” she says. So Sepulveda enlisted microbiologist Ralph Mitchell of Harvard University to do DNA testing and chemical analysis to identify the microorganisms and chemical processes involved.

The work revealed that, while the mummies have been decaying for at least a decade, the process seems to have accelerated, perhaps as a result of climate change, despite the museum’s climate-control systems. “The climate in this region has changed from cool and dry to warm and damp, and the increased humidity has caused microbes that are common to all of our skin, but usually get washed off, to grow and damage the mummies’ skin,” says Mitchell. Sepulveda also wonders whether increased agriculture in the region might be affecting the humidity around the museum. The researchers are concerned about the museum’s mummies—and those yet to be found. “I think it’s a critical question,” says Mitchell. “What happens if you find another cemetery full of mummies?” 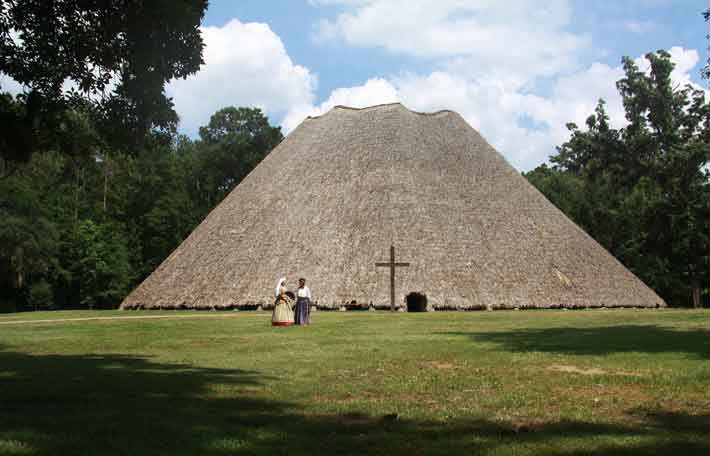 On a broad hilltop in the heart of Tallahassee, Florida, is Mission San Luis, a site with a deep history involving the Apalachee Native Americans and Spanish missionaries. In the mid-1500s, Hernando de Soto visited Anhaica, the capital of the Apalachee, an Indian nation so prominent that mapmakers bestowed its name on distant mountains: the Appalachians. In 1656, the Apalachee chief agreed to move his people a few miles away to Mission San Luis, the capital of Spain’s settlements in western Florida. There, Spanish friars baptized thousands of the Native Americans. Amid conflict between the Apalachee, other Native American groups, the Spanish, and the English, the mission was destroyed in 1704.

According to Grant Stauffer, a graduate student at Texas State University, archaeologists consider Mission San Luis unique because, unlike St. Augustine, Spain’s capital in eastern Florida, the village offered a unique cultural mash-up, where Spanish settlers, priests, and soldiers lived and worked side by side with Apalachee families. 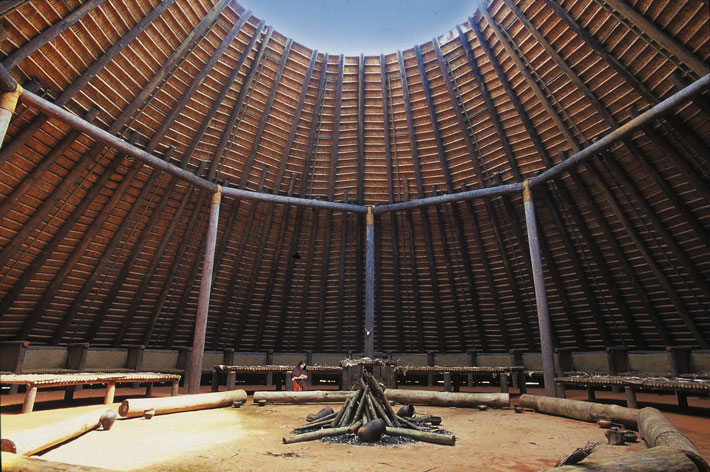 Unlike the grid that dominates St. Augustine, Mission San Luis was laid out using the traditional circular pattern of Native American towns of the region. Covering 60 acres, the site included the Spanish garrison, the central plaza/ball court, a monastery, and the surrounding village. Few remains of these buildings exist today, but the site has been reconstructed on the basis of archaeological finds. Two decades of fieldwork provide Mission San Luis with one of the largest and most diverse collections of seventeenth-century Spanish and Apalachee materials, including nearly a million artifacts.

The primary ceremonial and political center of the Apalachee capital was the council house, which has also been reconstructed, a circular building designed around a central fire, considered one of the largest Native American ceremonial structures in the southeast. In the circular ball court, which features a ceremonial ball pole, the Apalachee played a stickball game tied to political succession. The myth surrounding the game, which was eventually abolished by the Spanish, is considered the oldest recorded myth in North America.

Tallahassee’s rolling hills, classic architecture, and tree-lined streets have the flavor of the Old South. At Lake Jackson Mounds, one can see two mounds made by the ancestors of the Apalachee, with even older examples at the nearby Letchworth-Love Mounds. Visitors can also spend a day exploring the Maclay Gardens, especially in the spring, when the dogwoods and azaleas are in bloom.