In 479 B.C. the monuments of the Acropolis lay in ruins, destroyed by the Persians who had sacked Athens in their struggle for control of Greece. Only a few decades later, the conflict with the Persians was over, and, in 448 B.C., the decision was made, initiated by the general and statesman Pericles, to rebuild the temples as a way to celebrate that victory and mark a new era of Greek power, ushering in what has been called the Golden Age. The first to be rebuilt, and the centerpiece of the project, was the Parthenon.

This massive and highly refined temple, dedicated to Athena Parthenos (Virgin Athena), constructed in only nine years with at least 70,000 unique pieces of marble quarried on Mount Pentele almost 20 miles from Athens, was designed by the architects Iktinos and Kallikrates under the supervision of Pheidias, the greatest sculptor of his day. Its sculptural program, completed six years after the building, depicted, among other subjects, mythological scenes, allusions to the Athenians’ victory over the Persians, episodes from Athena’s life—her birth, her contest with Poseidon for Athens—and the Panathenaia, the yearly festival held in her honor. Inside the temple stood a 30-foot-tall ivory and gold statue, now completely lost, of the goddess depicted as a warrior and protectress of her city. 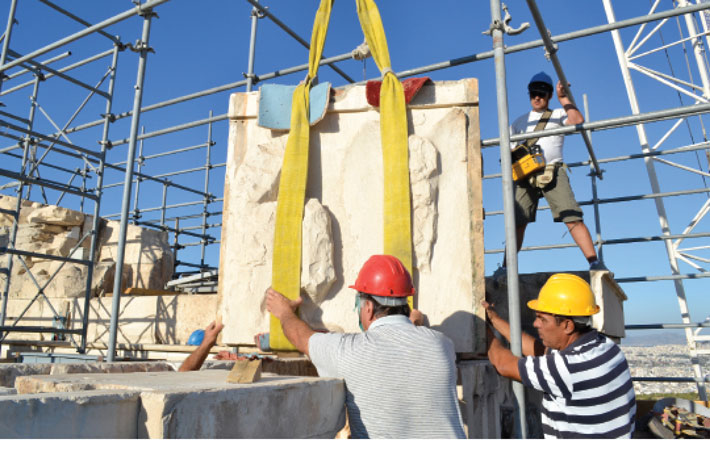 The Parthenon has suffered mightily. It remained largely intact for nearly 700 years after it was first built, until it was damaged by fire in A.D. 267. It was later turned into a church in the sixth century A.D., which it remained until 1460, when it was converted into a mosque and a minaret was added. In 1687, gunpowder the Turks had stored in the Parthenon exploded when it was hit by Venetian artillery, causing much of the structure to collapse, and severely damaging other sections. And in 1981, a 6.7-magnitude earthquake caused major harm to the northeast corner. For the restoration team, it is a formidable undertaking to correct nearly two millennia of damage to a building that stands as the symbol of a nation. “Because of the size and weight involved, the challenges are immense,” says architect Vassiliki Eleftheriou, “so we started with the most critical problems and went from there. But it’s not easy to ever say we’re finished with something, because some part is always connected to another part.” 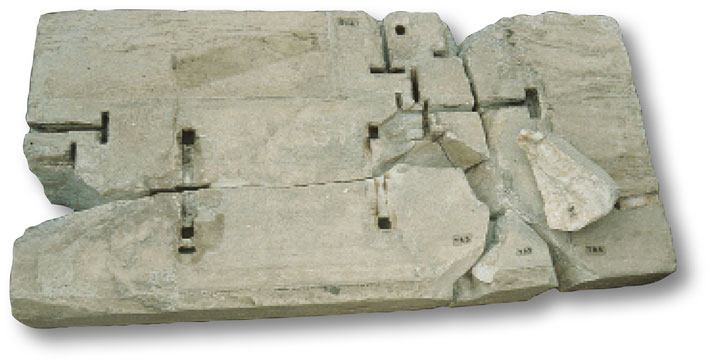 Among the most urgent of these problems is the damage caused by efforts at anastylosis by Nikolaos Balanos between the end of the nineteenth century and the beginning of World War II, in particular the poor-quality iron clamps used to hold together broken architectural members or fasten others in new locations. Over the last century, these clamps have rusted, corroded, and expanded, causing the marble to crack, and even to disintegrate. The Parthenon’s ancient builders had also used iron clamps, but had coated them in lead to prevent them from expanding and cracking the stone. Wherever they are found, in the Parthenon and across the Acropolis, Balanos’ clamps are removed and replaced with noncorrosive titanium. After more than three decades in some locations, the new titanium clamps show no sign of trouble, says Eleftheriou. 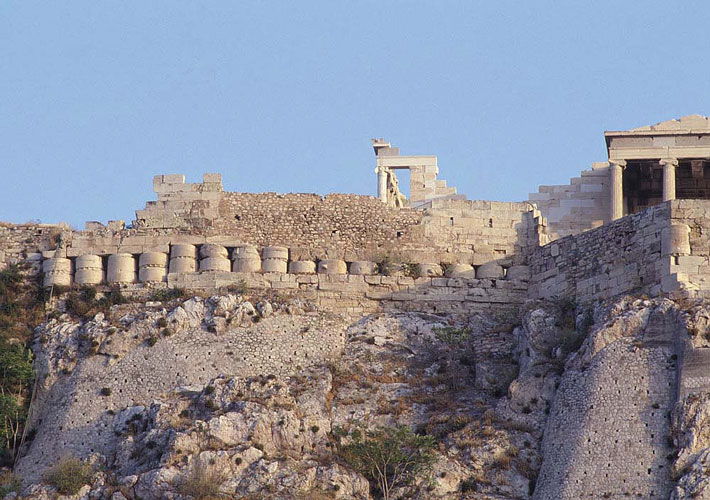 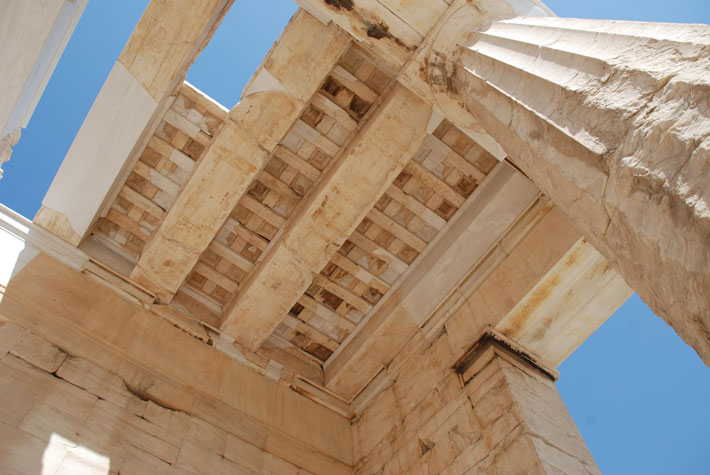 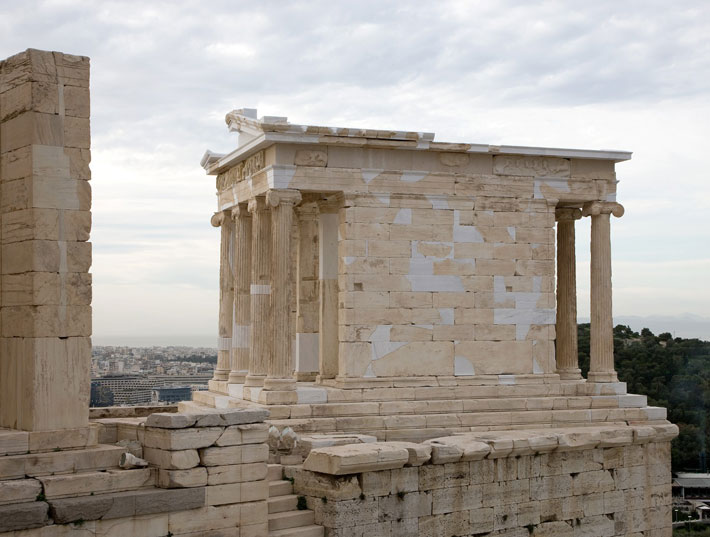 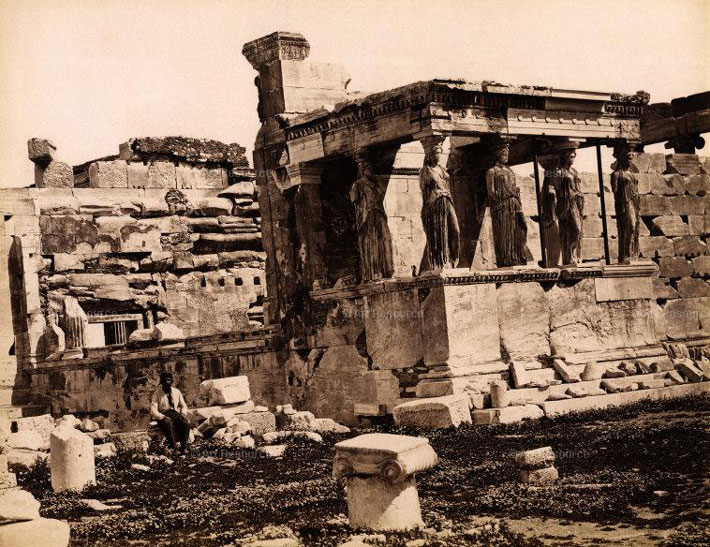 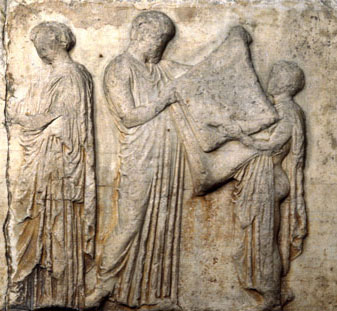 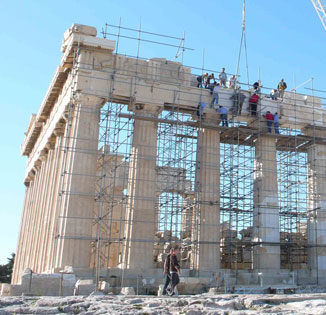 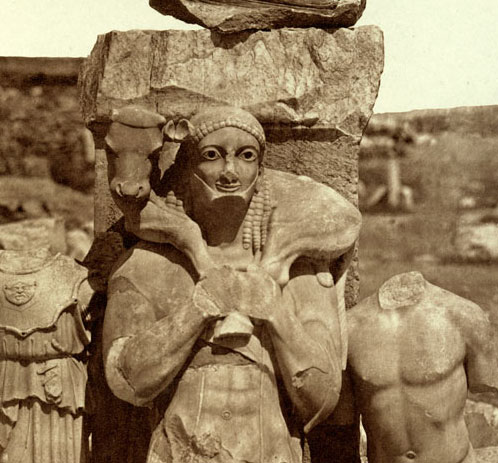 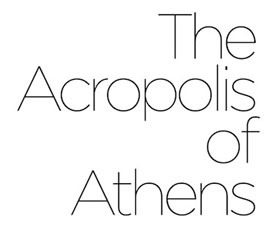