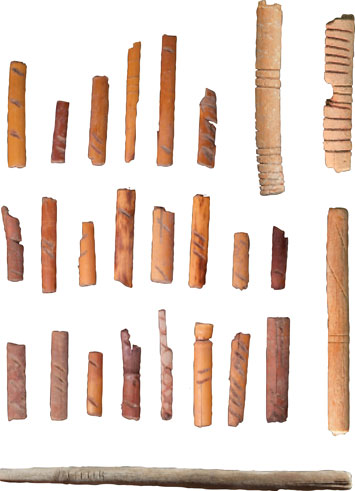 In the thirteenth century A.D., people living in a cave near Utah’s Great Salt Lake spent their free time playing games. Excavations there, led by University of Alberta archaeologist John Ives, have unearthed some 1,300 gaming and gambling pieces, including dice made from split cane. Ives believes the avid gamers were Apache and Navajo ancestors who spent one or two generations in the cave during a long migration to the American Southwest from subarctic Canada. It was a turbulent time, with environmental and social changes roiling the continent, and games may have been helpful in dealing with unfamiliar and potentially hostile neighbors. “Playing games can be a way of negotiating new relationships,” says Ives, “particularly between people who may not have spoken the same language.”