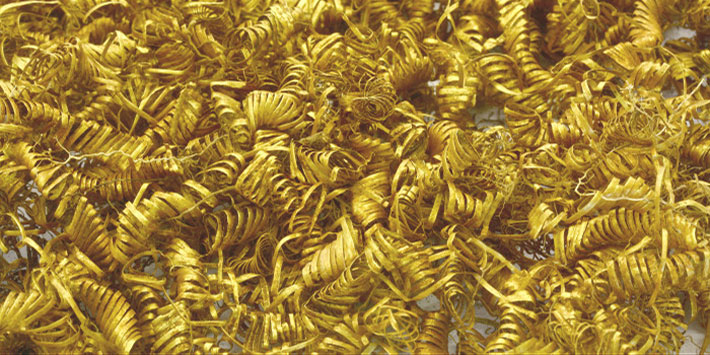 Archaeologists have excavated a cluster of unusual gold spirals at a site in the Zealand region of eastern Denmark. Researchers from the Danish National Museum found 2,000 of the delicate, spring-like artifacts in a pair of concentrated deposits, preserved under layers of plowed soil.

Flemming Kaul of the Danish National Museum says that it is not clear what the spirals meant or were used for, but that their purpose was probably ritualistic. Approximately 300 of them were found close to pitch fragments that suggest they had been placed in a wooden votive container. They date to the Nordic Late Bronze Age, between 900 and 700 B.C., when the local culture worshipped a sun god, according to Kaul.

In the nineteenth century, carved gold vessels were found at the site, and two years ago amateurs found gold bracelets nearby. The finds suggest that the region was a center of wealth. “We regard this area, the gold-richest area of Scandinavia,” Kaul says, “as a center for rituals and for religion.”