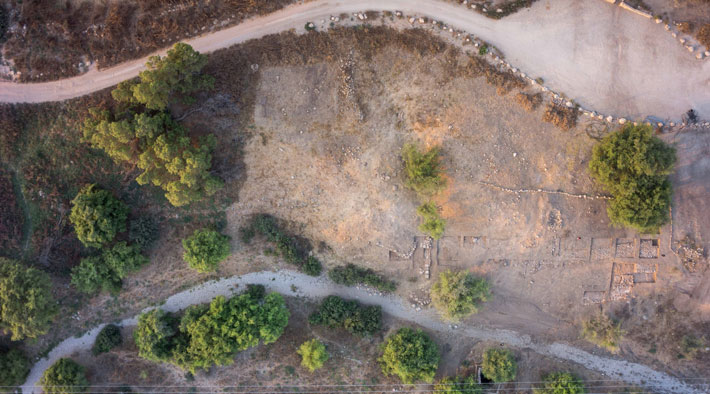 In the tenth and ninth centuries B.C., and probably even earlier, Gath was likely the largest city in Philistia, a pentapolis—five-city confederation—in the southern Levant. A team of archaeologists led by Aren Maeir of Bar-Ilan University has just uncovered one source of Gath’s strength—the monumental stone gate and a section of the wall that served as both entrance to and protection for the city. As home to the Philistines, including, according to the Old Testament, the giant warrior Goliath, Gath was the strongest and most dominant city in the region for nearly two centuries. Along with Ashkelon, Ashdod, Ekron, and Gaza, it was also a formidable foe of the early Judahite kingdom (also called the “United Kingdom” of David and Solomon) and, says Maeir, “played a central role in the geopolitical scene during these periods.”