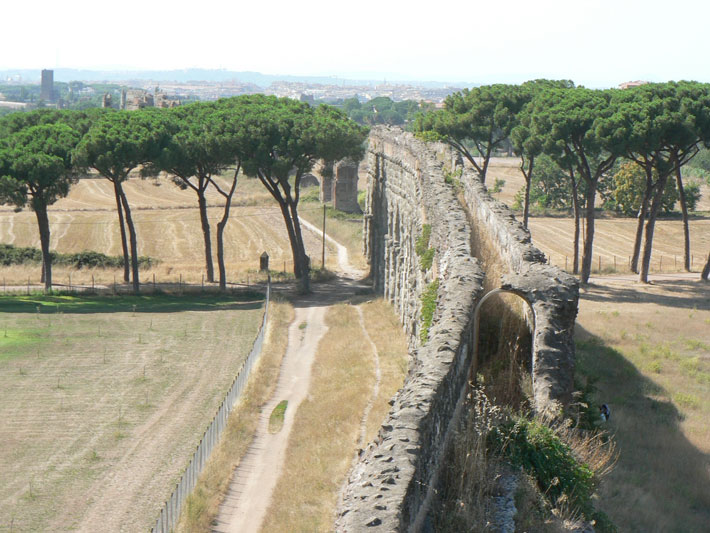 Rome’s 11 aqueducts, some extending for more than 50 miles, transported enough water to feed the city’s 591 public fountains, as well as countless private residences. However, experts have long been divided about how much water each aqueduct could actually convey. “Many assumptions have been made based on some pretty unreliable ancient data concerning the size of the flows of Rome’s aqueducts, giving some very inflated figures,” says archaeologist Duncan Keenan-Jones of the University of Glasgow. “We thought it was important to adopt a more scientific approach.”

Keenan-Jones is part of a team of scientists who measured the amount of residual mineral deposits in the Anio Novus aqueduct to accurately gauge the depth and flow rate of water. By analyzing travertine—a type of limestone deposit—that was left on the aqueduct’s interior walls and floor, the researchers calculated a flow rate of 1.4 cubic meters per second, or between 100,000 and 150,000 cubic meters (25 to 40 million gallons) per day, a number below traditional estimates. The amount of water actually reaching the city was hindered by the buildup of travertine on the aqueduct’s interior, which considerably lessened the flow. “Our work has shown that often, even shortly after the aqueducts were built, the flow rates were well below the capacity estimates,” says Keenan-Jones. “Ancient Rome had a lot of water, but not nearly as much as has often been claimed.”