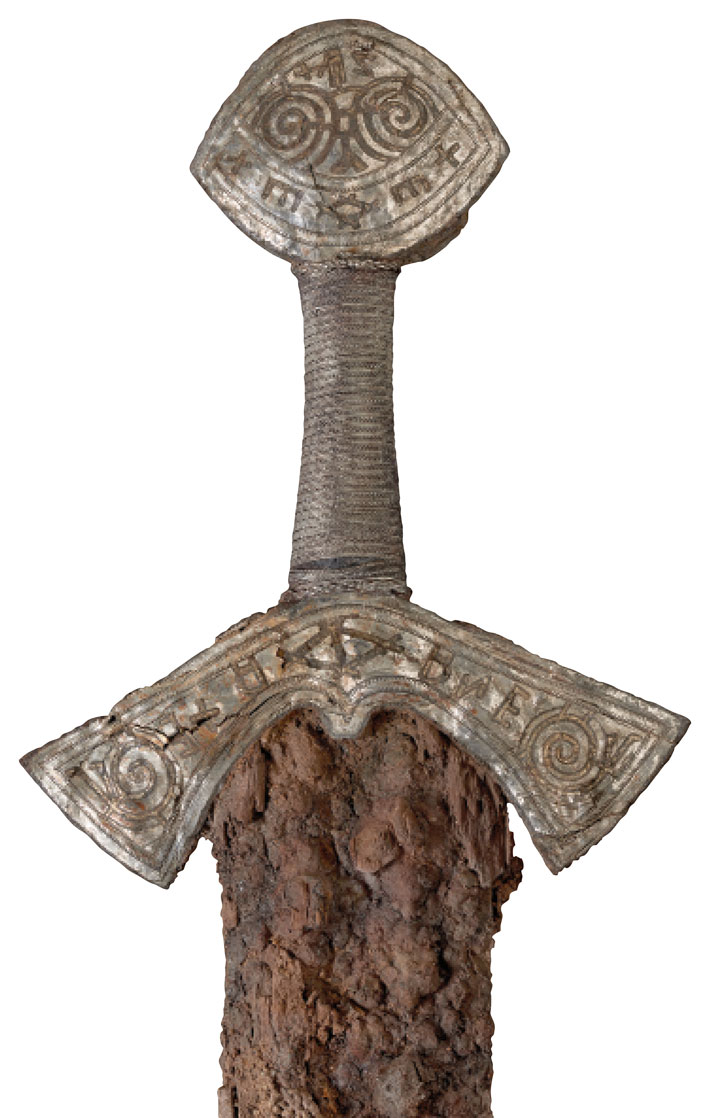 First half of the 11th century A.D.

At first the grave’s contents seemed poorer than might be expected, given that it was the largest excavated burial in the Langeid cemetery. When archaeologists dug into the coffin, they found just two fragments of silver coins, one from northern Europe, and a penny minted under the Anglo-Saxon king Æthelred II (Æthelred the Unready) in England. Yet the four postholes at the grave’s corners made it clear that it had once been roofed, a sign of the deceased’s high status. Outside the coffin, however, they soon saw something that, says excavation leader Camilla Cecilie Wenn, “made our eyes really pop” when the dirt began to fall away. On one side of the coffin was a large battle-ax, and on the other, the hilt of a three-foot-long sword that once belonged to a Viking, one whose identity might even be known.

The Viking king Canute invaded England at the beginning of the eleventh century and became king of England in A.D. 1016 when Æthelred’s sons fled. According to twelfth-century Danish chronicler Sven Aggesen, the elite force of 3,000 warriors serving under the king carried axes and swords with gilded heads and hilts, similar to the ax and sword found at Langeid. This type of weaponry is known to have been made in the British Isles, and an inscribed runestone found not far from Langeid indicates that men from this region fought with Canute, probably in the English campaigns of A.D. 1013–1014. “We believe it’s probable that the owner of the sword and the ax was a warrior in King Canute’s army who may have acquired the sword in England,” says Wenn. “The link to the British Isles is also well supported by the grave’s Anglo-Saxon coin, which is the only one unearthed in the cemetery.”