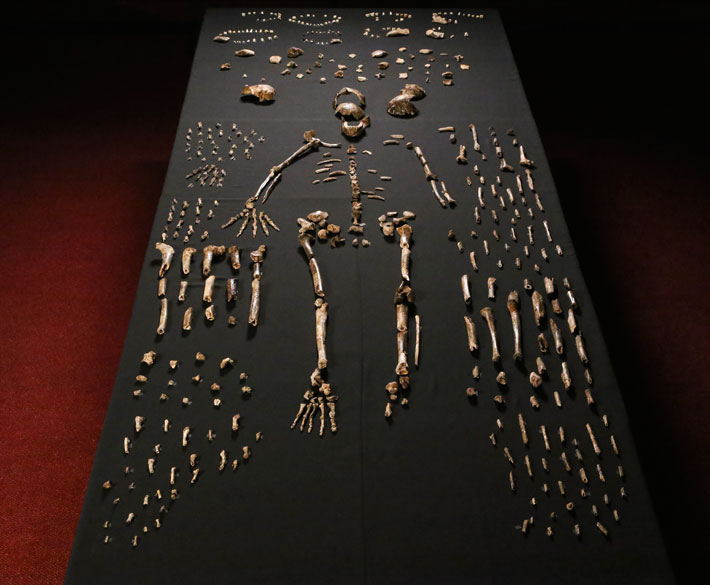 Scientists have long searched for the transitional species between apelike australopithecines, such as Lucy (Australopithecus afarensis), and early humans, such as Homo habilis. And now, deep in the Rising Star cave system in South Africa, they may have unearthed it.

When amateur cavers told Lee Berger, a paleoanthropologist at the University of the Witwatersrand in Johannesburg, that they had located hominin remains in the nearby cave system, he knew he could not make it in to retrieve them himself. The passageway was extremely narrow, just seven inches wide at one point. So Berger put out a call on Facebook for diminutive, non-claustrophobic scientists and recruited a team of six women who fit the criteria.

Marina Elliott, an archaeologist from Simon Fraser University in Canada, was the first to enter the chamber. “I was stunned,” she says. “I shone my headlight around and picked up flashes of bone all over the place.” Elliott and her colleagues retrieved more than 1,500 specimens, from at least fifteen different individuals. A larger team of scientists, led by Berger, determined that the remains belong to a previously unknown species, which they named Homo naledi after its resting place—naledi means “star” in the local Sesotho language. 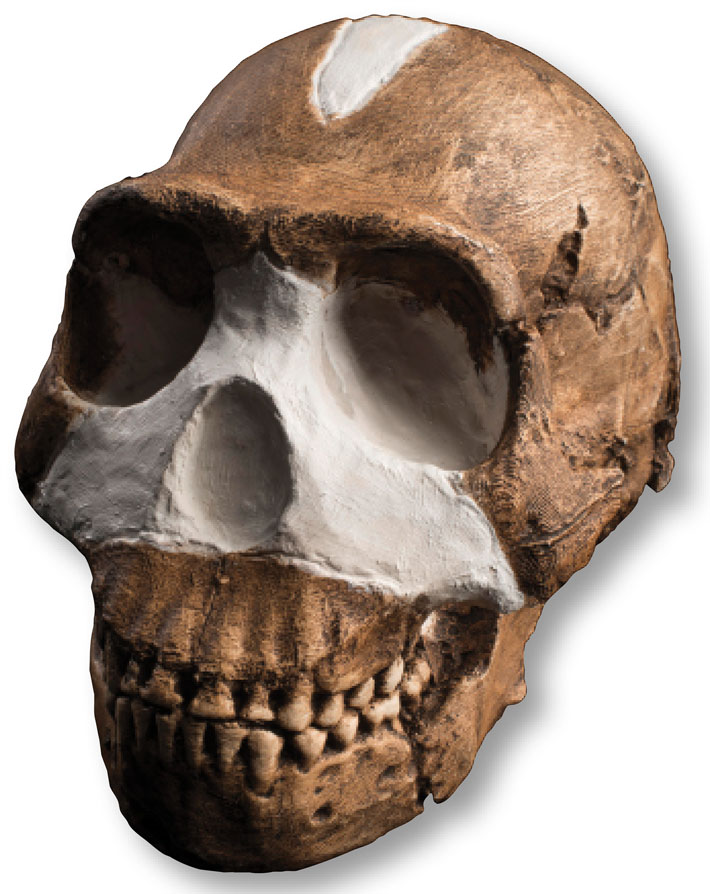 The newly discovered species had a novel mix of primitive and modern features. Its head was tiny, with a brain the size of an orange, but its skull was humanlike in shape. Its hands were adapted for manipulating objects and its feet for walking upright, but its shoulders and fingers were built for climbing. “We never expected to see a combination of characteristics like this,” says John Hawks, a paleoanthropologist at the University of Wisconsin–Madison, “but they’re all in Homo naledi, and that’s surprising.”

The researchers suspect Homo naledi may be among the earliest members of the genus Homo, which would mean it most likely existed around 2.5 million years ago. However, they have so far been unable to date the remains.