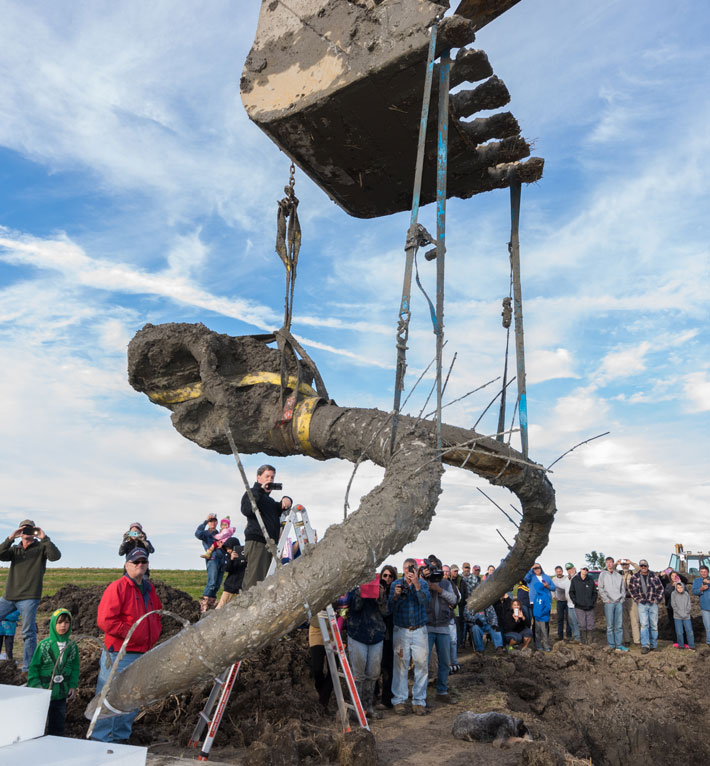 While installing a drainage pipe in his wheat field, a Michigan farmer was surprised to unearth a section of mammoth pelvis. A team led by University of Michigan paleontologist Daniel Fisher then excavated there and recovered 20 percent of the animal’s bones, including its skull and tusks. Fisher notes that the bones were arranged in the correct anatomical order, which means they likely never lay on the surface, exposed to the elements and scavengers. He thinks that’s because the mammoth was probably butchered by humans, who then stored some of the meat in a pond for future use. Boulders found near the skull might have been used to help weigh down the carcass. “Maybe something happened to the people, or maybe they didn’t need the meat,” says Fisher. “But for whatever reason, they never came back.”