Ituna began its life as a luxury steam yacht in Scotland in 1886. It went down as a fishing trawler off the California coast in 1920. In between, Ituna lived several other lives.

Researchers from the National Oceanic and Atmospheric Administration recently discovered the historic wreck 200 feet down, 24 miles from San Francisco, where it sank in a storm. As a luxury craft, with a hull designed by famed yacht designer George Lennox Watson, Ituna saw several owners before it was purchased by Allison V. Armour, a wealthy patron of the sciences. She sent the ship on a three-month research expedition to Mexico in 1894, which resulted in Archaeological Studies among the Ancient Cities of Mexico, an early and influential text on Mesoamerican archaeology. Twenty-two years later the ship was refitted as a first-class passenger cargo steamer, and then again two years later as a steam trawler with a crew of 14. The ship sank while transporting a cargo of fish-processing machinery and concrete. Images from the recent wreck discovery show the ship’s distinctive elliptical stern, trawl machinery, and triple-expansion steam engine. 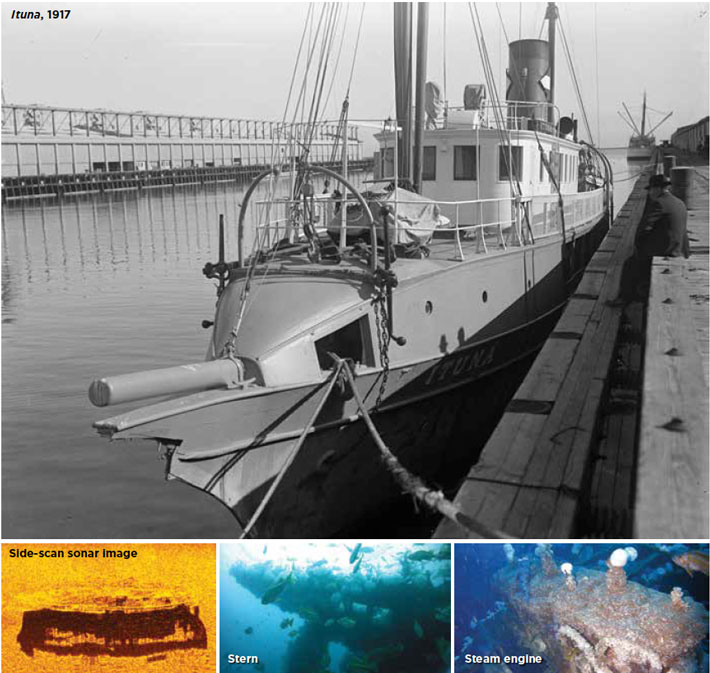