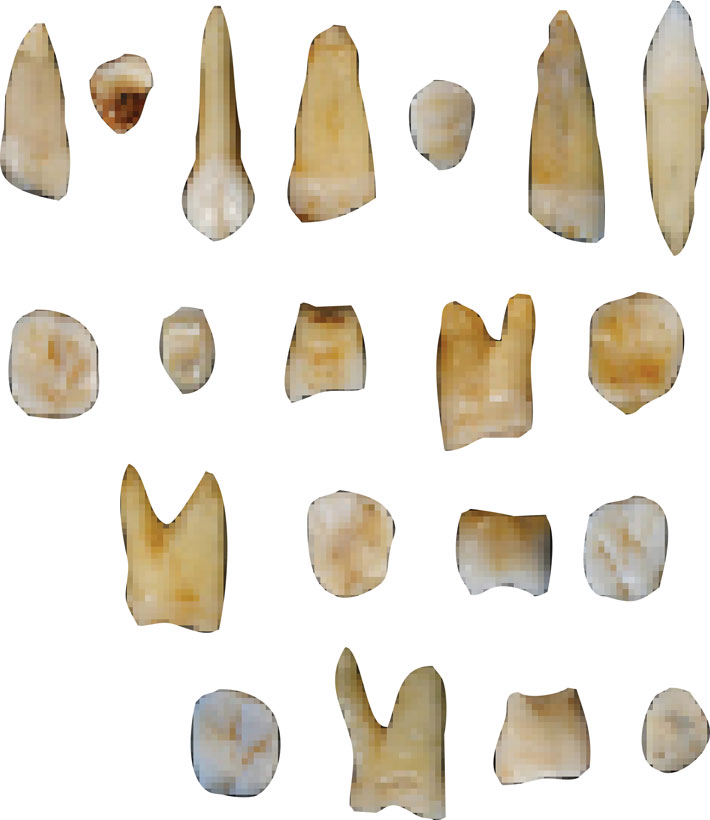 Fuyan Cave in southern China does not contain any artifacts, but it did have 47 teeth that came from the mouths of Homo sapiens at least 80,000 years ago. The find shows that our species had reached China more than 30,000 years before entering Europe, and is changing ideas about how Homo sapiens settled the world beyond Africa.

According to Maria Martinon-Torres, a paleoanthropologist at University College London, Neanderthals and other archaic hominins such as the Denisovans may have kept Homo sapiens out of Europe and northern Asia for at least 40,000 years. Homo sapiens then could have moved into those areas after the populations of Neanderthals and Denisovans began to collapse. “We should leave behind the idea of hominins dispersing as if they were tourists or a troop marching, in a lineal fashion,” says Martinon-Torres. Instead of settling lands closest to Africa first, our species might have traveled the unoccupied coast of South Asia into what is now China.

The teeth came from at least 13 individuals. There is no evidence that people ever lived in the cave, and Martinon-Torres suspects the teeth were washed in by a flood. The 47 teeth all have characteristics of Homo sapiens dentition: They are relatively small and lack the complex convolutions on the chewing surfaces of other hominin teeth. They were found among the bones and teeth of other Pleistocene mammals, including hyena, giant tapir, an extinct species of elephant, and a possible ancestor of the panda. Martinon-Torres hopes that genetic analysis and further archaeological investigation will reveal how the people of Fuyan Cave are related to modern-day people.