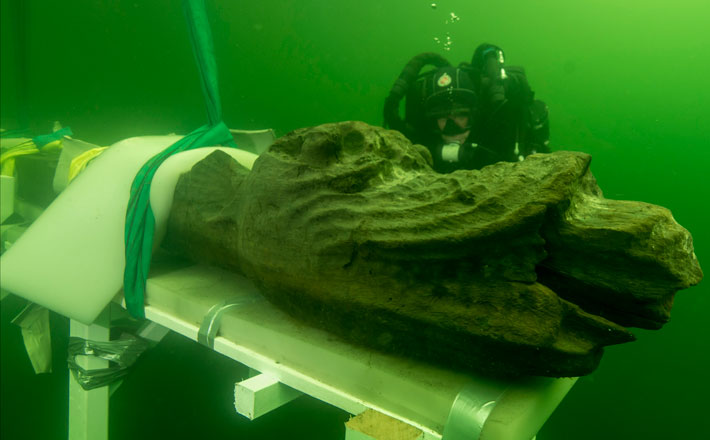 Figureheads, carved decorations on the prows of sailing ships, went out of fashion in the nineteenth century, but judging by the one recently pulled from the Baltic, perhaps it is time for a revival. Maritime archaeologists in Sweden recently raised a figurehead depicting a monster from the fifteenth-century wreck of Gribshunden (“Grip Dog”) off the southern coast. The warship, belonging to Danish King Hans, sank at anchor following a fire in 1495, and is today one of the best preserved ships from the period, because the cold Baltic kept shipworms at bay. Researchers hope to raise more from the ship soon.