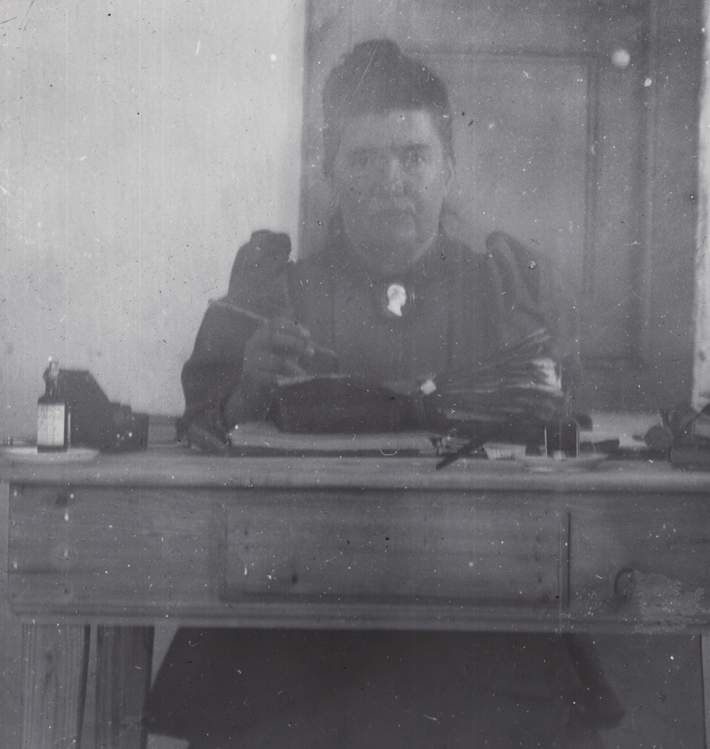 The study of palimpsests in St. Catherine’s library actually began in 1892 when an unlikely pair of trailblazing, self-taught biblical scholars arrived on camelback. At 49 years of age, twin Scottish sisters Agnes and Margaret Smith had made the arduous pilgrimage to St. Catherine’s Monastery in hopes of finding ancient versions of the Bible. They were aware that in 1844, German scholar Constantin von Tischendorf discovered a biblical manuscript in St. Catherine’s library dating to 325. The sisters knew that the text, called the Codex Sinaiticus, was the oldest known version of the New Testament. It had been central to reconciling differing versions of the Bible and had led to the creation of an authoritative Greek edition of the New Testament.

The Smith twins, both widows, were passionate about studying the oldest biblical texts. To that end, they had dedicated themselves to learning 12 different languages, including both modern and ancient Greek, medieval Arabic, and Syriac, a dialect of Aramaic, a Semitic language that was once spoken and widely used as a literary language across the Middle East. The pair arrived at the monastery as some of the most learned visitors the monks had had in decades.

The St. Catherine’s community was generally wary of outside scholars, not least because Tischendorf never made good on his promise to return the Codex Sinaiticus to the monastery. But unlike previous visitors, both women were fluent in colloquial modern Greek and so could speak with the Orthodox monks in their own language. Soon they were on friendly terms with the monastery’s librarian, and were allowed to investigate the collection, where the pair catalogued and photographed manuscripts and searched for previously unknown early versions of biblical texts. There, in an unused cabinet, Agnes found an Arabic manuscript describing the martyrdom of female saints. Though the text was not unusual, except perhaps for the somewhat racy language it used to describe the suffering of the saints, Agnes soon knew the manuscript was special. Under the Arabic text she could make out older writing in Syriac. She understood it was a palimpsest and with her command of Syriac, she knew the undertext was probably the Gospel of Mark.

The following year, the sisters returned to the monastery in the company of three other scholars to transcribe the manuscript. This time they were armed with a chemical reagent that could dissolve the overtext’s ink and render the undertext visible. After demonstrating the technique for the monastery librarian, Agnes was allowed to apply the reagent to some leaves of the manuscript on the condition that she preserve a few lines of overtext on each page. As much as one-sixth of the undertext was rendered visible by this method.

After several weeks spent transcribing the manuscript, the scholars found it was a complete Syriac version of the Gospels of Matthew, Mark, Luke, and John. Dating to the third century, it was the oldest such account in Syriac ever discovered. Agnes edited a scholarly edition of the palimpsest Gospels, now known as the Syriac Sinaiticus, and its publication brought the sisters worldwide celebrity. Biblical scholars welcomed the discovery, and were able to use the Syriac text to resolve discrepancies that existed between different Greek versions of the Gospels. According to University of Cambridge theologian Janet Soskice, author of The Sisters of the Sinai, a biography of the sisters, the twins made an enduring contribution to biblical scholarship. “Having the Syriac version of the Gospels was a major boost to understanding the history of the Bible,” she says. “Even today, scholars are very grateful to Agnes and Margaret.”