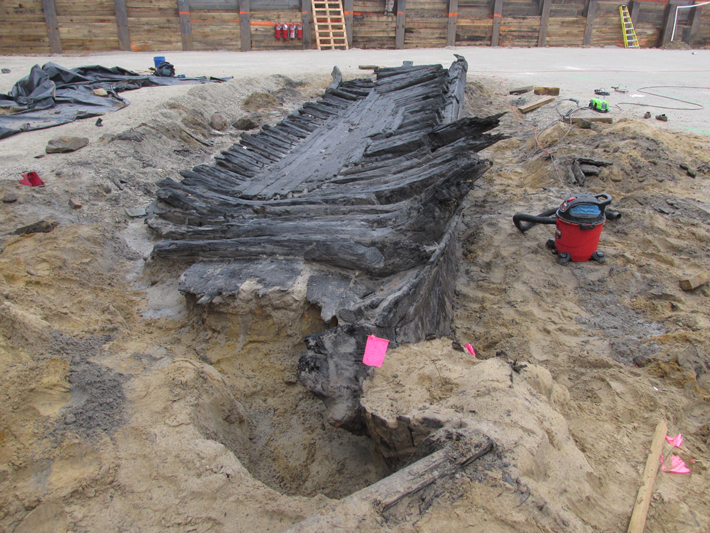 A large portion of an eighteenth-century ship that measured around 80 feet long was recently discovered on the site of a planned hotel near the Potomac River in Alexandria, Virginia. The vessel appears to have been scuttled between 1775 and 1798 in what were then mud flats, where it served “as sort of a pre-built framework to hold soil that was being deposited to make new land,” says Boyd Sipe, manager of Thunderbird Archeology, the firm that conducted the survey. Based on its size and evidence that its hull timbers had contact with salt water, Sipe says the ship was most likely a two-masted oceangoing heavy cargo or military craft.

The timbers were particularly well preserved because, once buried, they were sealed off from oxygen and were not disturbed despite extensive construction in the area in the nineteenth and twentieth centuries. At the site, archaeologists have also discovered the remains of Alexandria’s first public warehouse, dating to the 1750s, and three privies containing extensive artifacts including a complete kaolin pipe, jewelry, ceramics, glass bottles, and parts of leather shoes.