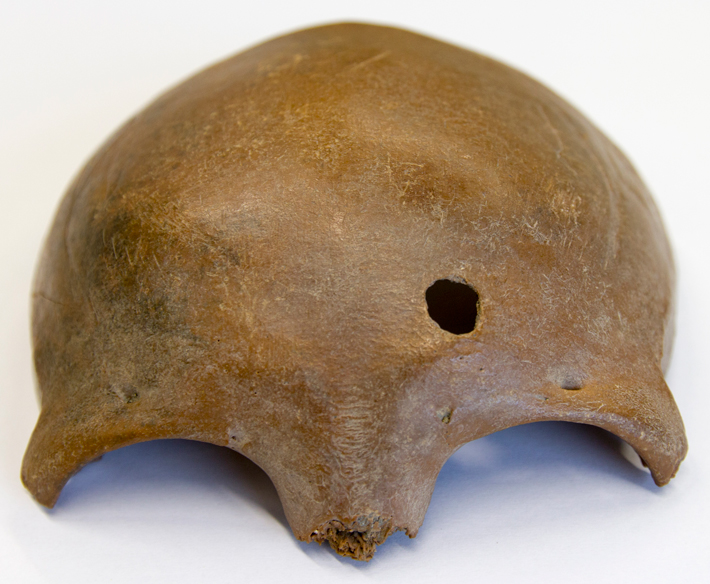 Dutch archaeologists have examined archaeological, historical, and geochemical data to pinpoint the site of a catastrophic battle between Julius Caesar and two Germanic tribes, the Tencteri and Usipetes. According to the Commentarii de Bello Gallico, Caesar’s firsthand account of the campaign, the two tribes crossed the Rhine River in 55 B.C. and petitioned Caesar to allow them to settle in Gaul. After negotiations collapsed and the Germans attacked his cavalry, Caesar directed his entire army of eight legions against the German camp, killing 150,000 to 200,000 men, women, and children. The recent study analyzed a deposit of metal artifacts and human skeletal remains that was retrieved during dredging of the Meuse River near the village of Kessel in the Netherlands. The mass of first-century B.C. weaponry, including swords, spearheads, and helmets, as well as the condition and radiocarbon dates of the bones, seem to confirm the site of the slaughter. Some of the skeletal remains bear holes and other marks of violent trauma. Scholars believe that the Romans may have dumped the battlefield remnants in the river after the fight. Geochemical analysis of the dental enamel of three individuals also indicates that they were not native to the Dutch river area, confirming Caesar’s own account that the Tencteri and Usipetes had emigrated from somewhere east of the Rhine. “This research is important because it not only contributes to a better understanding of the military history of Caesar’s Germanic campaigns,” says Nico Roymans of VU University Amsterdam, “but it also informs us about the highly violent nature of the Roman conquest, including cases of genocide, and the dramatic impact it must have had on the indigenous societies in this frontier zone.”