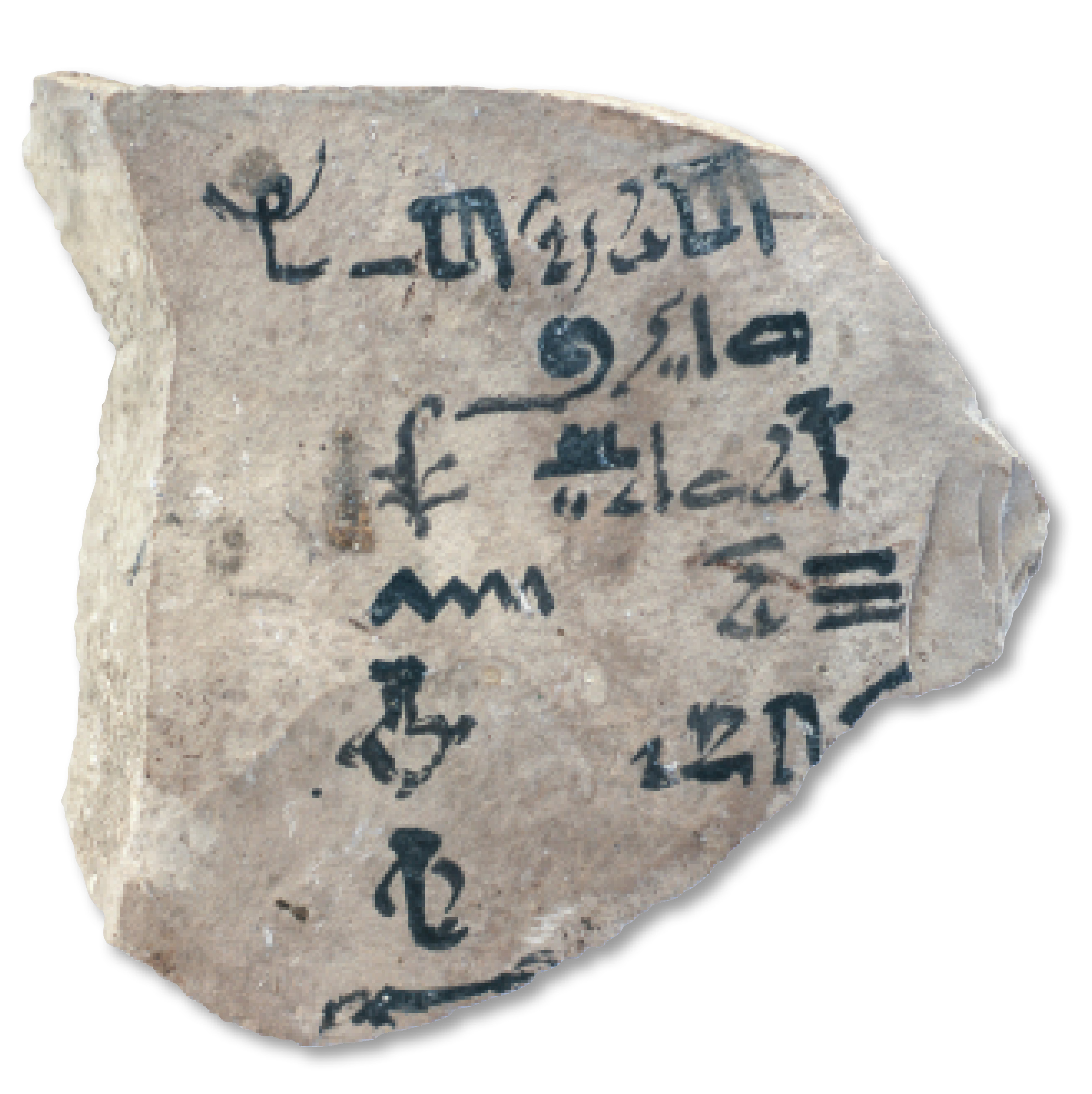 The first alphabetic writing system was created in the Levant and Sinai Peninsula sometime in the second millennium B.C., probably between 1850 and 1700 B.C., by adapting Egyptian hieroglyphs—a writing system expressing both concept and sound—to represent only sound. This Proto-Sinaitic alphabet is the ancestor of many of the writing systems that developed across the world. Until now, the earliest known alphabet tables, called abecedaries, have been found on cuneiform tablets from Ugarit, in what is now Syria, dating to the thirteenth century B.C. But while studying an undeciphered ostracon found in a tomb at Luxor by Nigel Strudwick and his team from the Cambridge Theban Mission, Egyptologist Ben Haring of the University of Leiden discovered an abecedary that predates those tablets by two centuries, making it the oldest example ever found.

The order of the symbols is not the “ABC” of Western alphabets, but, explains Haring, the h-l-h-m that is the beginning of the well-known order of alphabets of the ancient Near East. This was the clue Haring needed to recognize that this might be an abecedary used by scribes or for teaching purposes. These words have initial sounds that begin at the extreme right of the first four lines. The individual characters are used to form single consonants or sets of two consonants. “As preserved, there are 13 lines on the front and back of the ostracon,” says Haring. “If it were complete, there would have been anything between 25 lines, the number of consonants in the Egyptian hieroglyphic script, or 30 lines, which would represent the Ugaritic alphabet. But since it isn’t complete,” he says, “we don’t know if the alphabet expressed here is native Egyptian or foreign. If it’s Egyptian, it may imply an important role for Egypt in the development of the alphabet.”