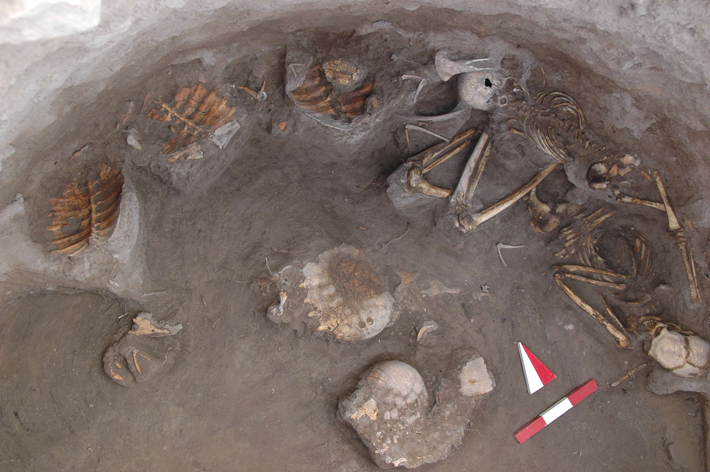 Excavations at the site of Kavuşan Höyük in southeastern Turkey uncovered the unique burial of a woman and a child—the pair were interred with as many as 21 turtles, tortoises, and terrapins. The grave dates to around the sixth century B.C., and was discovered by a team led by Gülriz Kozbe of Batman University. Archaeologists were stunned to find the grave so littered with chelonian remains, most of which belonged to the Euphrates soft-shelled turtle. Turtles were not normally part of the local diet, but the evidence indicates that these were butchered and consumed as part of a funeral ritual before their shells were deposited in the grave. Researchers believe that shelled reptiles had symbolic roles as psychopomps, or guiding spirits, in the afterlife. “Very few examples of burials containing both turtle and tortoise are known,” says Rémi Berthon from France’s National Museum of Natural History. “We think that it proves that the deceased had either a high social status or a high ritual value, sort of as a shaman.”