Peruvian archaeologists have found the 4,600-year-old remains of a woman decked out in finery, including a shell necklace, bone brooches, and blankets made of cotton and woven reeds. The bones were discovered at Áspero, a major site of the north-coast Caral civilization, the oldest known urban society in the Americas, which dates to four millennia before the Inca. “We can interpret that, some 4,600 years before the present, women had already reached significant positions in society,” says archaeologist Ruth Shady Solís. The brooches in particular, carved into bird and monkey designs, point to “a woman of prestige.” The necklace’s shells must have been brought from Peru’s far north coast and the Amazon lowlands, both hundreds of miles away, further proof of her high status. Despite the fancy accessories, the woman, who was between 40 and 50 years old when she died, saw trauma in life. She had three major bone fractures, likely caused by a fall, and a skull deformation. 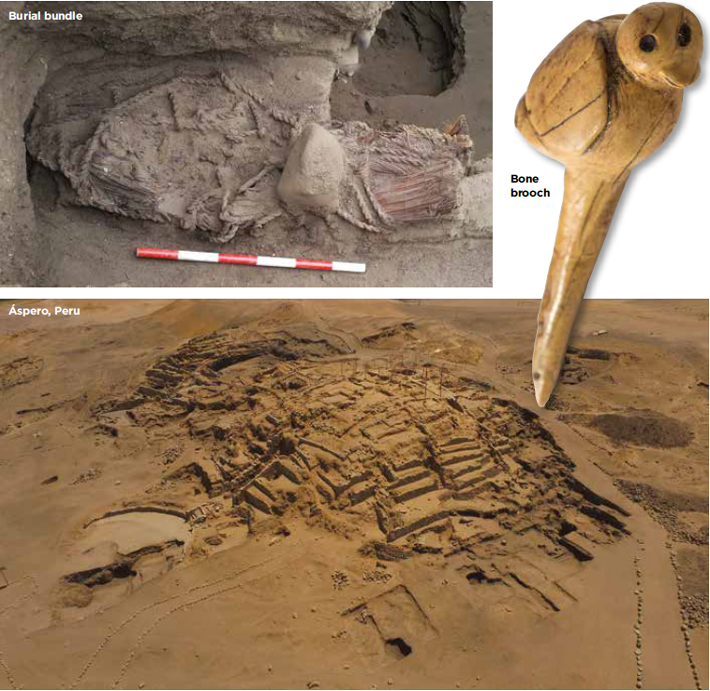