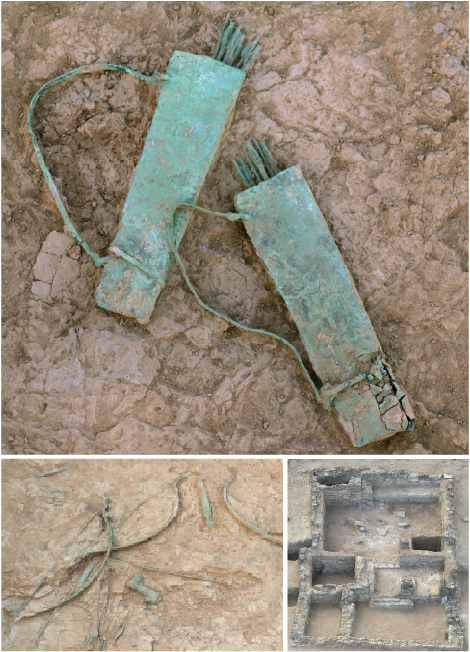 Archaeologists from the French National Center for Scientific Research working in a large building at the site of Mudhmar East near the city of Adam in Oman have made an “exceptional find.” Inside the structure, which is thought to have had a religious function, the team uncovered a collection of bronze weapons dating to between 900 and 600 B.C. The metal artifacts—two very rare quivers (ordinarily made of leather) with arrows, five battleaxes, five daggers, 50 arrowheads, and five bows, are too small to have been used in combat and were, explains project director Guillaume Gernez, perhaps intended as offerings to a war god. This region of the Arabian Peninsula, which sits at an important crossroads of ancient trade routes on the border between Oman’s desert and oases, is almost entirely archaeologically unexplored.