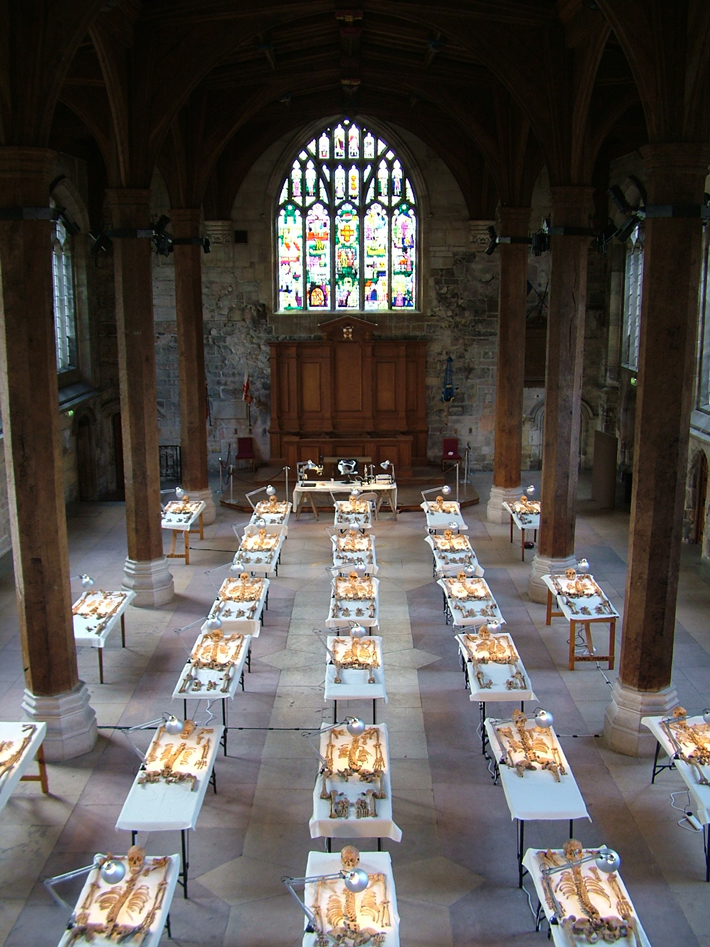 DNA testing on the skeletons of men buried in a graveyard in York—once one of the largest settlements in Roman Britain—suggests that even the far-flung fringes of the Roman Empire were diverse places. While most of the skeletons had genetic signatures resembling people living in modern-day Wales, one of the men came from thousands of miles away. His genes match those of modern-day Syrians, and chemical analysis of his teeth shows he grew up in a desert climate. “It’s confirmation of the idea that there was a lot of migration inside the Roman Empire,” says Dan Bradley, a geneticist at Trinity College Dublin who led the work.

But what happened to their heads? All the men in the cemetery had been decapitated, and many were buried with their detached skulls nearby. Bradley suggests they may have been Roman soldiers or gladiators, but University of St. Andrews archaeologist Jon Coulston calls the idea that they had been gladiators “wishful thinking.” Beheading wasn’t common for gladiators—or criminals, for that matter. Coulston says, “I see no clear connection between decapitation and gladiatorial displays.” The mystery remains.