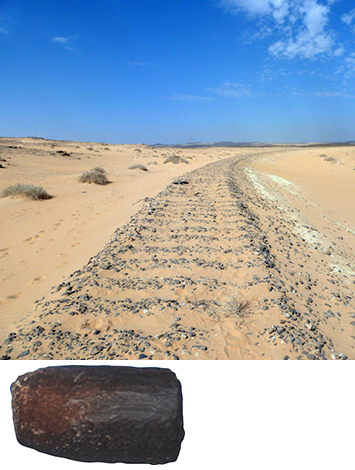 Some scholars have accused British military officer T.E. Lawrence, later known as Lawrence of Arabia, of exaggerating his experience fighting with Bedouin guerillas during the 1916–1918 Arab Revolt against the Ottoman Empire. Now archaeologists working in the Arabian Desert in Jordan can place him at the scene of one of the most dramatic moments described in his autobiography, Seven Pillars of Wisdom. In the account, Lawrence records that he led an ambush on a Turkish military train. While surveying the site of that attack, the team found a spent bullet that was fired from a Colt 1911 automatic pistol, a weapon that would have been extremely rare in the Middle East at the time—and that Lawrence is known to have carried. “You can never be 100 percent sure,” says University of Bristol archaeologist Nick Saunders, “but we are confident this bullet was fired from Lawrence’s gun.”