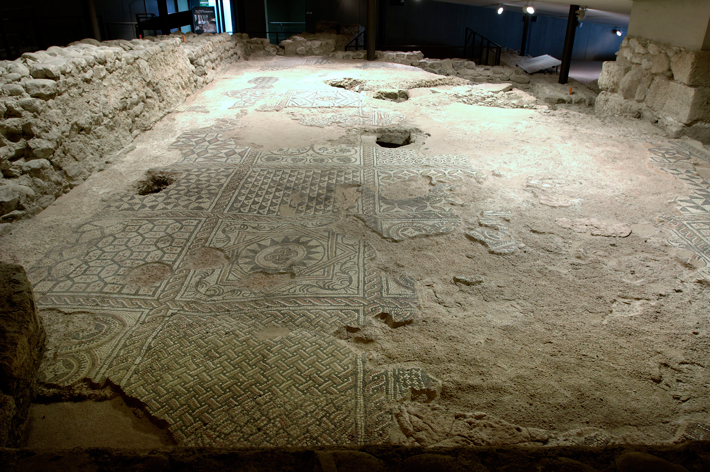 The installation of a new heating system in the 1970s revealed a rich, millennia-old archaeological site under the famous Saint Pierre Cathedral in the Old Town of Geneva, Switzerland. After 30 years of excavation by the Cantonal Department of Archaeology, the site was opened to the public, revealing what Michel Etter, president of Thematis, which created the visitor experience, says is one of the most remarkable places in Europe. It was a place of worship well before the birth of Christianity, and Geneva was so central to the development of the religion—John Calvin preached from Saint Pierre in the sixteenth century—that it is often called the “Protestant Rome.” 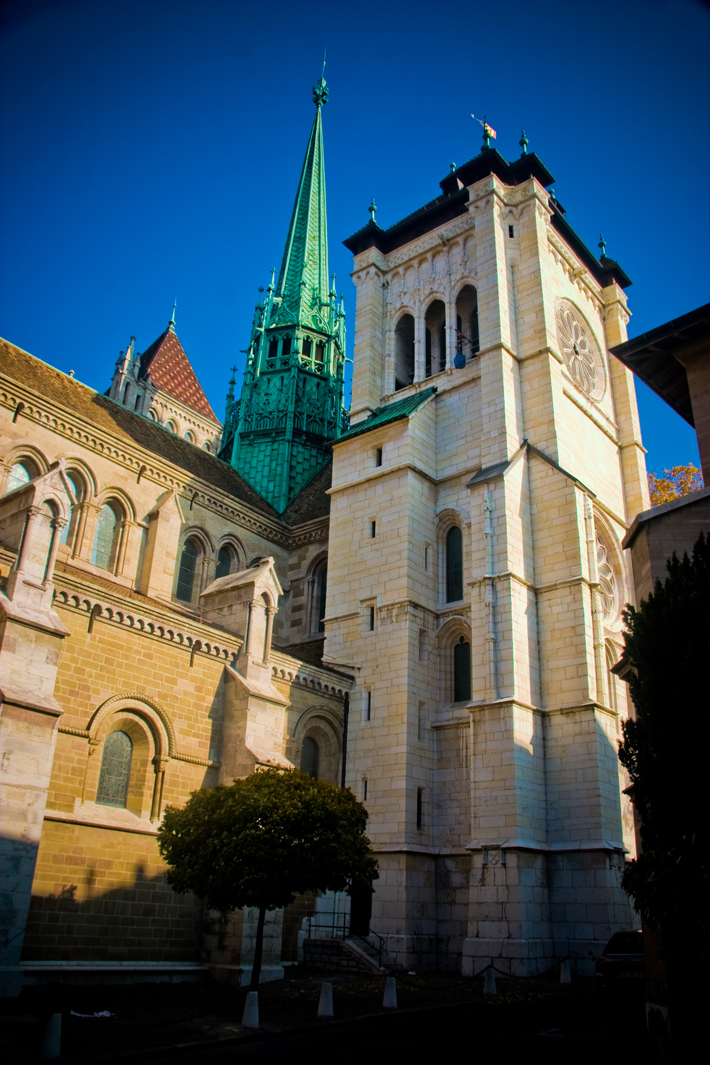 Completely covered and protected by the cathedral, the site encompasses more than 30,000 square feet. Modern tunnels and galleries extend below the building to provide visitors with access to a variety of stratigraphic layers. The earliest artifacts go back to the Neolithic, when people first began to settle on the shores of Lake Geneva, and include an 1150 B.C. burial mound. Geneva later became a fortified settlement of the Gallic Allobrogian tribe, and the well-preserved grave of an Allobrogian chieftain, dating to around 100 B.C., can be found in situ below the cathedral choir. The Romans gradually occupied the town and built a variety of structures on the site, including a large edifice that was probably an official building. By the fourth century A.D., the site’s future was decided as a complex of episcopal buildings—monks’ cells, baptisteries, and cathedrals—took root. Centuries of near-constant development culminated in the construction of a single, large cathedral in A.D. 1000, and then the existing Gothic cathedral in the twelfth century. Remnants of many of these older buildings can be seen in the underground galleries, and illustrate how church architecture adapted to changes in ceremonies and habits. Among the sights are elaborate plumbing, mosaics, and decorative elements depicting birds, angels, and grapes.

History permeates Geneva’s Old Town, which surrounds the cathedral with a warren of cobblestone streets, historic buildings, sidewalk cafes, and views of Lake Geneva that have drawn people for millennia. Nearby are Bourg-de-Four Square, where visitors can shop and admire medieval fountains where there was once a Roman marketplace, and Maison Tavel, the oldest house in Geneva, now home to a museum dedicated to the city’s history.