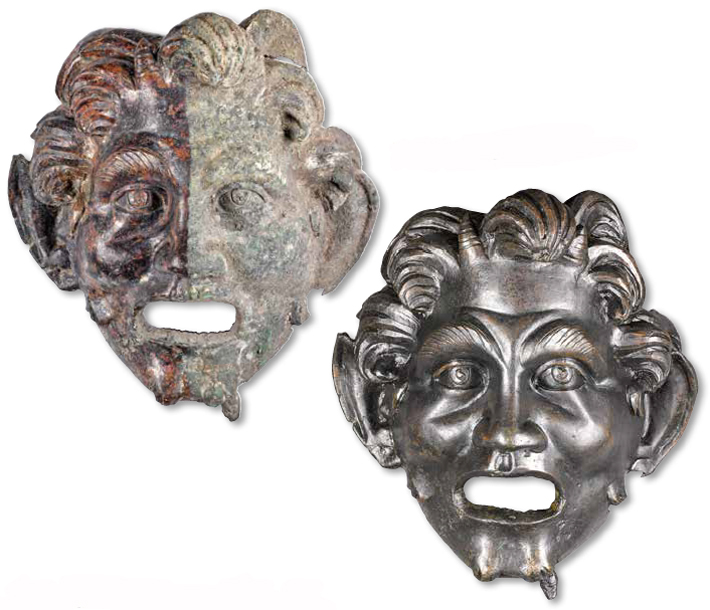 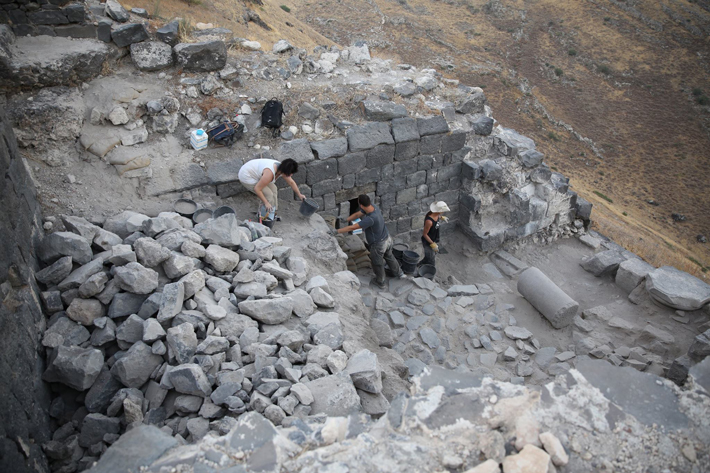 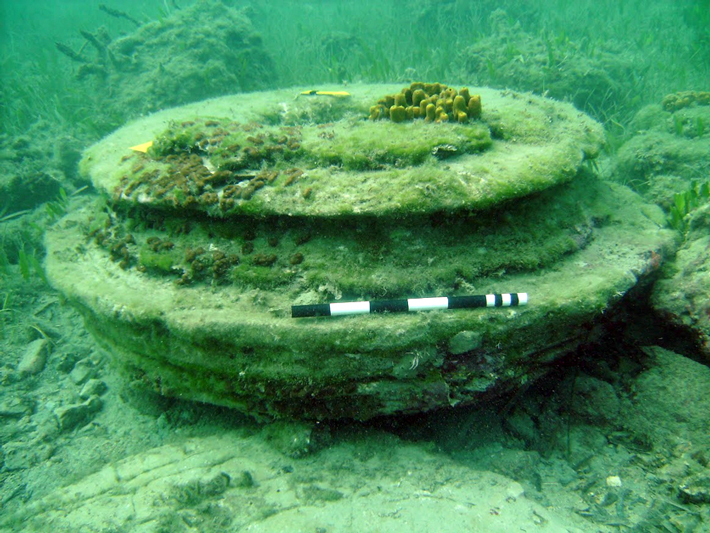 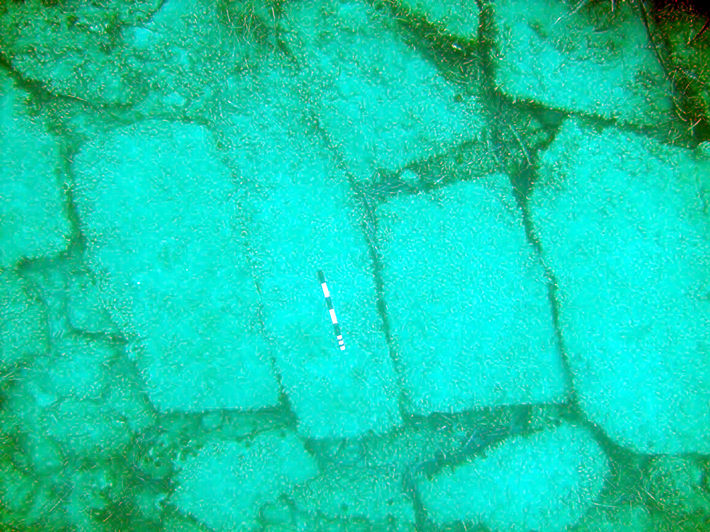 Formations discovered in shallow water off the coast of the island of Zakynthos in the Ionian Sea were initially thought to be the remains of an ancient Greek city. However, there is a puzzling absence of artifacts such as ceramic sherds among what appear to be columns and paving stones to indicate that people had ever actually lived there. Now researchers have subjected these “structures” to a range of tests, and found that they are indeed extremely old, but they certainly weren’t made by the ancient Greeks.

“The first few photographs I saw really did look as if they might be columns and paving slabs,” says Julian Andrews, an environmental scientist at the University of East Anglia, “but as I saw more images, it was clear they probably weren’t.”

Based on carbon isotope analysis of a sample of the formations, Andrews and his colleagues determined that they were formed by microbes that use hydrocarbons seeping through the seafloor, most likely methane, as nourishment. These bacteria lived around 16 feet below the seafloor at the time, in an oxygen-free environment. Their waste helped transform the sediment around the seeps into a natural cement-like substance known as dolomite. In the years since, the sediment eroded away, exposing the formations.

Analysis of strontium isotopes in the sample helped the researchers determine when they were created. “We can be reasonably confident they’re no older than the Pliocene Epoch,” says Andrews, “so they’re probably no older than four million years.” 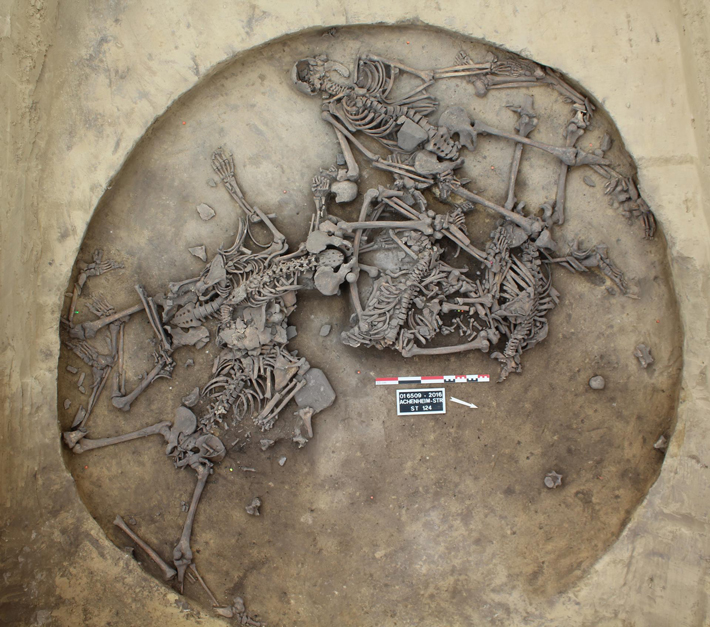 In 1838, a cache of silver was found at Ley Farm in Aberdeenshire in northeast Scotland. While what came to be known as the Gaulcross Hoard might have originally contained more artifacts, only three pieces are known today from the original discovery. Almost 200 years later, archaeologists have gone back to the site and unearthed no less than 100 new silver artifacts from the hoard, including ingots, a crescent-shaped pendant, and a zoomorphic brooch, along with other jewelry fragments.

Some of the most interesting objects are what is termed hacksilver—plates, spoons, belt fittings, bracelets, and even coins that were deliberately broken, cut, or bent before being used as currency or melted down for reuse. “Our work is the first to acknowledge the existence of hacksilver extending beyond the Roman period and into the fifth and sixth centuries A.D. in Scotland,” says Alice Blackwell, who is studying the hoard as part of the National Museum of Scotland’s Glenmorangie Research Project. “It has long been apparent that silver was the main material used in early medieval Scotland to show wealth and power, but what we have lacked until now is any real understanding of how this most precious resource was managed.” 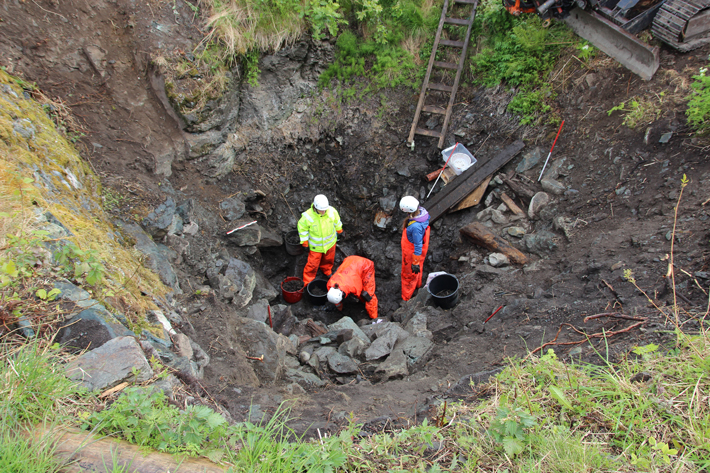